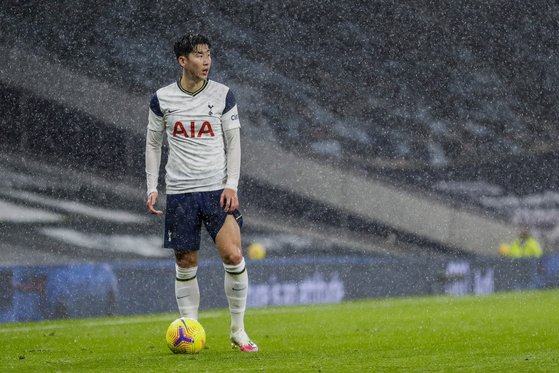 
Juventus F.C. is the latest football club to be linked to Tottenham Hotspur forward Son Heung-min, with the Italian side rumored to be willing to offer 90 million euros ($108.8 million) for the Korean star.

Italian media company Calciomercato reported on Sunday that Juventus is looking to purchase the 28-year-old, adding that the team would consider selling players like Aaron Ramsey, Douglas Costa and Federico Bernadeschi in order to finance the move.

Calciomercato reports that Juventus are preparing to make an offer when the summer transfer market opens.

As Spurs drop down the English Premier League ranking — at No. 9 this week — Calciomercato argues that the English club will be looking to shake things up. Selling big names like Son — who the Italian media company incorrectly identifies as North Korean — would certainly give the Spurs' front office some money to play with, but only by sacrificing a crucial member of the squad.

Although Spurs have been struggling so far this year, Juventus is unlikely to get very far in its bid to poach Son.

Despite Calciomercato's claim that the London club might let him go to raise some funds, Spurs have shown absolutely no indication they're looking to drop Son. In fact, Tottenham has reportedly been looking to increase the Korean forward's pay check for months.

Rumors that Spurs were planning to offer Son a significantly higher contract have been circulating since October last year. Son is currently contracted with the London club until 2023, but the team reportedly wants to offer him a longer deal with a significant pay raise. Tottenham manager Jose Mourinho implied last week that the only reason a new deal hasn't been made is because the club is holding off due to the ongoing coronavirus pandemic.

Considering Son's strong relationship with Mourinho and captain Harry Kane, it seems far more likely that he will accept a new offer from Spurs than head overseas.