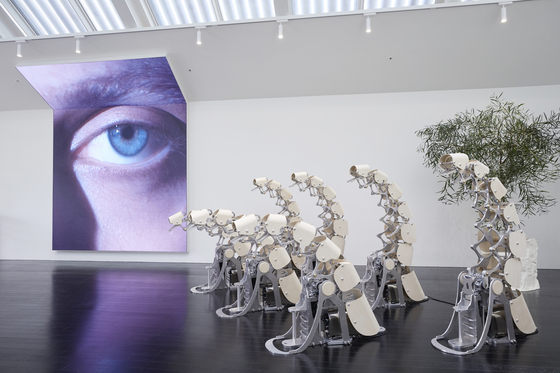 A set of sculptures that move like plants are located on the fourth floor of House Dosan, an offline store by luxury eyewear brand Gentle Monster set to open next Wednesday. [GENTLE MONSTER]


As more people shift to shopping online, brick-and-mortar stores are transforming into showrooms that focus less on selling products and more on growing a brand through cultural experiences and events.

Companies, especially fashion retailers, are investing in their offline spaces as the coronavirus pandemic has accelerated change in the sector. They have been closing down shops with slow sales, investing instead in more specialized showrooms and online stores.

A giant robot sits in the middle of House Dosan, an offline store by luxury eyewear brand Gentle Monster set to open next Wednesday, in Apgujeong, southern Seoul. Several other installations in the store create the atmosphere of a modern art museum rather than an ordinary clothing store.

In a two-story space on the first floor, a 3-D art piece by Belgian artist Frederik Heyman is exhibited. The artist’s artwork portrays an industrial aesthetic through an installation based on the destruction of an old building. 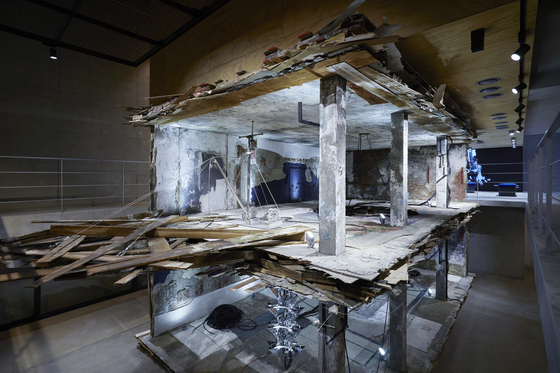 
On the third floor, Gentle Monster’s The Probe, a six-legged robot that Gentle Monster’s Robotics Lab spent more than a year developing, moves around. Another moving digital art piece — a set of six sculptures that move like tall plants — sits on the fourth floor, where Tamburins is located.

“We tried to grab the attention of consumers using strange and unexpected items that cannot be seen in our day-to-day life and can represent our brand identity,” said a spokesperson for Gentle Monster. “We developed this space after researching how we can present the future of retail.” 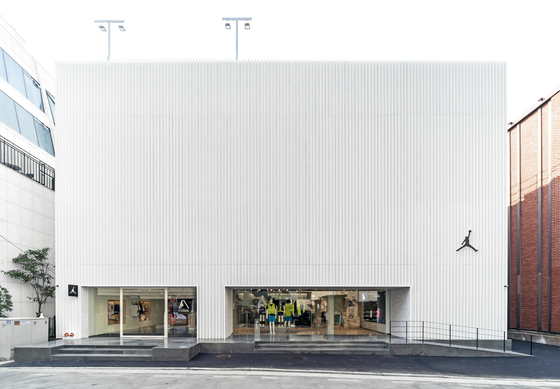 Jordan Seoul in the Garosu-gil area of Sinsa-dong in southern Seoul. [NIKE KOREA]


In May, Nike opened Jordan Seoul in the Garosu-gil area of Sinsa-dong in southern Seoul. Nike aimed to create a multiplex where people can immerse themselves in visual components related to former professional basketball player Michael Jordan. Artwork designed by local and overseas artists for Jordan Seoul are displayed in various corners of the store.

Unisex fashion brand Ader Error is known for its unique offline stores as well. It stands out for its preference for establishing its major stores in Seoul’s Hongdae and Sungsu areas, which are popular with younger people, rather than entering huge department stores.

In July, Ader Error opened an offline store called Other Space 2.0, which is divided into nine areas. Only after passing through space-themed multimedia installations and rooms does a visitor get a chance to see any of the brand's clothes.

“There is a limit to differentiating the brand when running the business online without offline spaces,” said Ku Jin-young, manager at Gentle Monster. “Marketing using physical spaces, which allow for different types of experiences and opportunities, is a central trend in the fashion industry.”