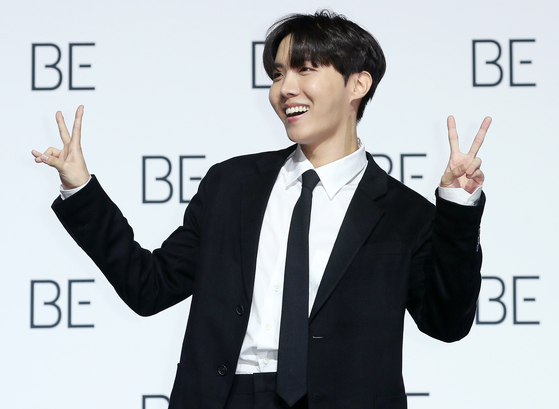 
J-Hope of boy band BTS donated 150 million won ($135,000) to ChildFund Korea in celebration of his birthday on Feb. 18, the charity announced Thursday.

According to the charity foundation, J-Hope donated the money for socially vulnerable families who he "heard were struggling even more due to the prolonged Covid-19 pandemic and felt the need to support children with disabilities."

"I hope that society takes more interest in children with disabilities through this donation," J-Hope was quoted as saying by ChildFund Korea.

The money will go to education for children with visual and auditory impairments, as well as financial support for facilities to help people with disabilities.

This is not J-Hope's first charitable act. In 2018, he was honored on the foundation's list of people who have donated more than 100 million won.

"The social awareness on children going through financial difficulties has been raised thanks to BTS member J-Hope's regular donations, and that good influence has led to more ARMY [fan club] asking about donations," the foundation said.