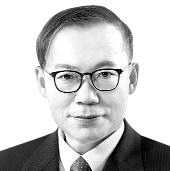 Kim Dae-ho
The author is a professor of media communications at Inha University.


The fourth season of “The Crown,” a series about Queen Elizabeth, was released on Netflix in November 2020. Late Princess Diana and former Prime Minister Margaret Thatcher are getting renewed attention.

Thatcher took office in 1979 and stepped down in 1990, leaving her mark on British history as the first female prime minister. In the 1970s, Britain was suffering from the so-called “British disease.” As fiscal deficit snowballed, labor unions, public and private, often went on a strike, putting the entire society on pause. In the early 1979, the Winter of Discontent was at its peak. Starting with a truck driver strike, teachers, subway workers and sanitation workers went on a strike together, and trash piled up across London.

Moreover, most industries in Britain were driven by state-run companies, dominating almost all parts of people’s lives, including electricity, waterworks, gas, oil, communication and transportation. But discontent grew among consumers regarding the quality of their services.

It was common that installing a phone line took a few weeks, and you would not know how long it would take to fix the water supply. A bigger problem was that slack, inefficient state-run companies were incurring tremendous fiscal deficits while they ran on taxpayer money. As the country was not properly operating, the British disease made everyone suffer.

When Thatcher took office, she focused on treating the disease first. Inflation was controlled by stabilizing currency, and fiscal spending was cut and a free market economy was encouraged. She applied strict law and order to the unions. In 1984, the miners’ union, the biggest at the time, ended a prolonged strike and pursued labor reform to enhance flexibility.

State-run companies surviving on people’s tax money were privatized to create more jobs in the private sector, and competition was encouraged to strengthen the competitiveness of private companies and turn them around. The first program in privatization involved selling public rental housing to the tenants.

After 1.5 million public rental housing units were sold to the tenants to make them homeowners, it helped thicken the middle class. Thatcher called it a “property-owning democracy.” Privatization enthusiastically pursued across the board — including electricity, gas, communication, transportation and hospitals — was a great success. After the power change, the Labor Party under Tony Blair did not reverse but continued following in her footsteps.

It was nearly a mental revolution that Thatcher focused on reviving personal and corporate freedom and reigniting the pioneering spirit in the British society. Putting an end to the prevailing personal laziness, irresponsibility and dependent attitude in Britain and encouraging individual creativity and achievement became the driving force behind the Britain’s dramatic reinvention.

As a result, Britain is leading the digital economy. Many innovative figures — such as Demis Hassabis who developed artificial intelligence program AlphaGo that defeated global Go champion Lee Se-dol in 2016 — are active in Britain.

After personal freedom, freedom of speech, freedom of property and freedom of business activities are widely guaranteed in Britain. It became the medicine that successfully treated the British disease and promoted the spirit of innovation.

In November 2019, the New Yorker magazine published an article titled “It’s Still Margaret Thatcher’s Britain.” A full 31 years have passed since she stepped down, but Thatcher’s leadership that brilliantly cured the British disease is universally valid regardless of the time and place.

In the last scene of “The Crown,” Queen Elizabeth awarded departing Margaret Thatcher the Order of Merit, the highest honor for all citizens of the Commonwealth, telling her that Britain had become a very different country.