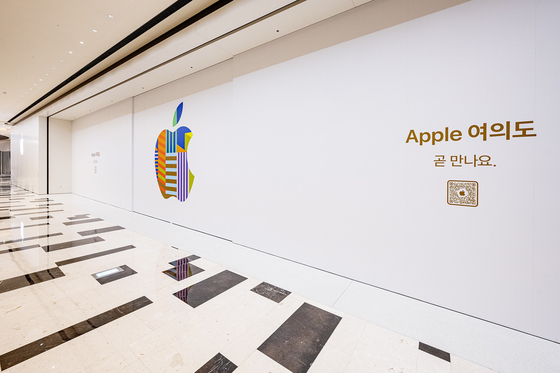 The new Apple Store will open in the IFC Mall in Yeouido, western Seoul. [APPLE KOREA]


Apple sent an invitation on Friday allowing media outlets to get a sneak peek into its second Apple Store in Seoul, set to potentially open its doors next week.

The new Apple Store to open in the IFC Mall in Yeouido, western Seoul, will be the second in the country, following the store in Garosu-gil, southern Seoul, that opened in 2018.

Given that the tech company started operating the Garosu-gil store just a few days after its media event, multiple media outlets suspect that the official store opening may take place within the month, following the preview event set for Feb. 24.

The Garosu-gil store held  its preview event on Jan. 25 and flung its doors open on Jan. 27.

Apple Korea declined to comment on the specific  date.

The online community and media are already keen on predicting the location for the next store after the Yeouido center.