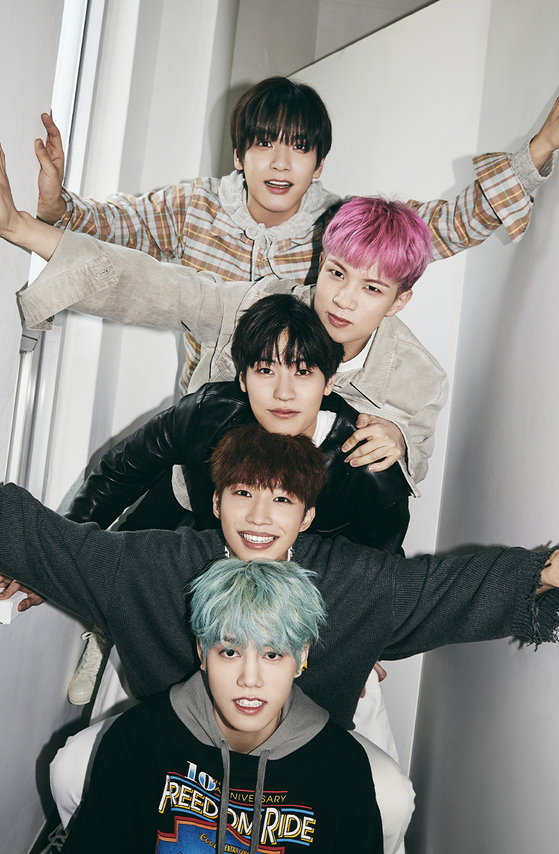 
The members of boy band N.Flying renewed their contracts with their agency, "proving the strong sense of trust that has been built between the artists and the agency," FNC Entertainment said on Friday.

According to the agency, all five members — Seo Dong-sung, Kim Jae-hyun, Lee Seung-hyub, Yoo Hwe-seung and Cha Hun — renewed their contracts and the agency promised to support them in "all possible ways,"

Bassist Seo officially joined the band on Jan. 1, 2020, after playing with N.Flying as a bassist since 2019.

N.Flying has already had a good 2021. Drummer Kim has been appearing in the Japanese cable channel NTV drama series "Love You as the World Ends" since Feb. 14 as Korean character Yun Min-jun, and leader Lee Seung-hyub is awaiting the release of his first solo album "On The Track" on Feb. 22.

Yoo, Seo and Cha are all regularly appearing on local TV shows as well as YouTube videos.

"The members of N.Flying will be spending a busy 2021 with both individual schedules and performing with the band," the agency said.