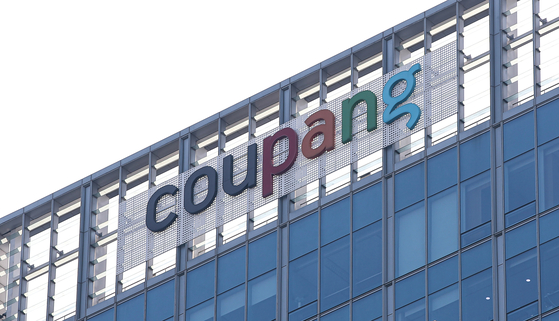 The Korean venture capital scene is on fire. Ten-year old Coupang applied to go public on the New York Stock Exchange (NYSE), and software developer Hyperconnect was acquired by Match Group, the operator of dating app Tinder seven years after its launch.

There are two main ways, of course, in which venture capital investors reap their rewards: a startup is bought or goes public. Expectations by investors have grown in the past two years as companies have been acquired or had IPOs. Trillion-won deals are happening and Korean companies are on the global map of acquisition seekers.

“Going forward, Korean companies are going to be even bigger with massive investments by U.S. investors,” said Kim Han, a general partner of Altos Ventures, a venture capital (VC) firm based in Menlo Park, California.

Sualab, an AI technology firm, was sold to Nasdaq-listed Cognex in a 230 billion won deal in 2019.


“There will continue to be more global M&As like Sualab and Hyperconnect,” said Lim Jung-wook, managing partner of TBT, an Incheon-based CCTV manufacturer, and former managing director of Startup Alliance Korea, a non-profit support center for start-ups.

Venture capital watchers say the cases of Coupang and Hyperconnect illustrate how the growth models of startups in Korea have wowed the investment world in very different ways.

“[Coupang] changed the customer experience based on its superior technology and execution, and it altered the landscape of the entire market," said Cho Jin-hwan, senior manager at Mirae Asset Venture Investment.

Coupang is applying its business model to its subsidiaries, including its over-the-top (OTT) service Coupang Play and delivery services Coupang Eats and Coupang Flex.

Hyperconnect took a different route, starting from much smaller investment.

“While Coupang established its business framework based on a significant amount of investment, Hyperconnect was the exact opposite,” said Kim of Altos Ventures, who invested in both Coupang and Hyperconnect. “[Hyperconnect] grew without big investments, and managed to keep going without spending a single won (of its investment).”

Unlike Coupang, which was in the spotlight from its launch, Hyperconnect’s CEO Ahn Sang-il targeted overseas markets when it launched Azar, a video chat app, in 2014. Azar is better known overseas than in Korea: 95 percent of its sales come from abroad.

A trend among U.S. venture capital firms toward investing in foreign companies has been a boon for Korean companies.

“For U.S. firms in Silicon Valley that are used to trillion-won investments, investing in Korean startups may seem a cost-effective way of buying the technology they own,” said Lee Ki-dae, chief operating officer of Startup Alliance.

There are other Korean unicorns besides Coupang that are preparing to go public overseas. Toss, which started as a simple payment app before entering the securities and IT sectors, is looking into going public on both the U.S. and Hong Kong markets.

“In promising industries worldwide, such as food delivery, e-commerce, gaming and content, top-ranking startups are more than investment-worthy,” said a spokesperson for Altos Ventures. “Considering the winner-takes-all characteristics of the platforms, constant investments eventually lead to victory.”

Currently, the Korean market is led by first-generation IT companies including Naver, Kakao, NCSoft and Netmarble. Unicorn IT companies founded in the so-called mobile revolution era around 2010, which have been growing for 10 years, are preparing to go public in the Korean market. They include Socar, the first mobile unicorn, and app companies Yanolja, and Zigbang. Krafton, the developer of video game series PlayerUnknown’s Battlegrounds (PUBG), is the most anticipated IPO this year.

However, hurdles remain. Industry analysts say there need to be more technology-based unicorns in the B2B sector that focus on AI technology, which are less affected by the state of the economy in different countries thanks to their strength in technology.

Bespin Global, which was founded in 2012, is the only local B2B tech firm considered a next-generation unicorn. With offices in China and the Middle East, it recently received Abu Dhabi Investment Office (ADIO) digital-transformation funding of 600 billion won.

Some industry analysts say that major Korean companies are overly passive when it comes to innovation via M&A, investment and partnerships with new enterprises.

“Unless you are the head of a chaebol, it is not easy for professional managers, whose jobs depend on their performance in a two- to three-year period, to push acquisitions of startups in deals worth billions of won,” said Lee of Startup Alliance. “A virtuous cycle can be established when an innovative and open spirit is sustained.”