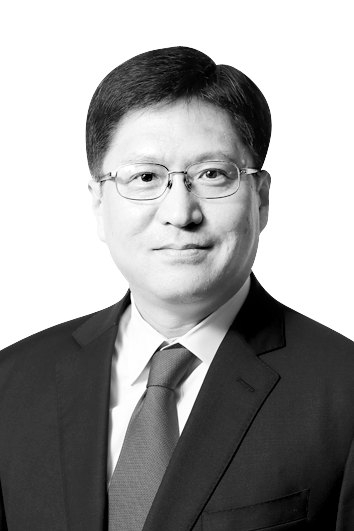 
A ballgame cannot proceed well for the team on the offense if the cleanup batter runs out of steam. The new coach is full of eagerness. The bases are empty, but he argues the team could score big. The team’s fans are turning doubtful. To compare the government’s latest housing supply strategy to a ballgame, the fourth batter could be referred to as Taereung Country Club, a golf course in northern Seoul under military ownership, and Land Minister Byeon Chang-heum is the new coach.

Under the ambitious housing supply measure announced early February, the government will supply a total of 830,000 housing units, including 320,000 in Seoul, by 2025. It was Byeon’s first policy after he was appointed as land minister two months ago despite the opposition’s strong protests.

The market was unimpressed. Regardless of the passion and ambition, housing supply requires both time and effort. Only a year is left in President Moon Jae-in’s term. The Citizens’ Coalition for Economic Justice (CCEJ) questioned the move. It said that not a single apartment would be finished by then, and a maximum 100,000 can start construction over the next year. The progressive NGO argued that the plan would only stoke speculation.

To prove it wrong and gain confidence from the market, the government must expedite plans announced earlier. Future plans will be doubted if earlier promises are stalled. The example is the Taereung golf course in Nowon District, northern Seoul, earmarked to be turned into 10,000 apartments.

The golf course was the centerpiece of the government’s first major supply plan in August last year, offering to provide 33,000 housing units in 21 locations around the capital region. 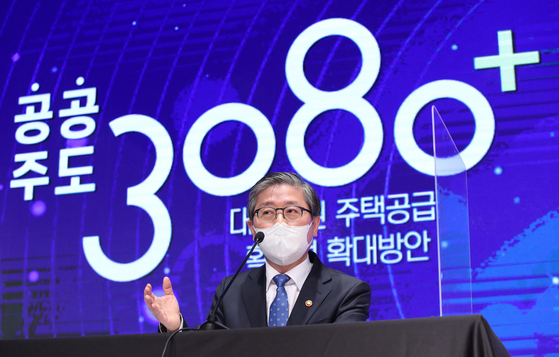 Land Minister Byeon Chang-heum answers questions from reporters about his bold plan to supply 830,000 apartments in Seoul and other regions by 2025, on Dec. 4, 2020, one month after he took office. [JOINT PRESS CORPS]

If the plan is on track, we should have heard of some progress in the project by now. The ministry has said that state housing entity Korea Land & Housing requested in October last year that the Taereung golf course be designated as public housing space. Apart from the umbrella unit filing for a change in land purpose category, there has not been any progress.

As the Defense Ministry, or the government, owns the golf course, there should not be any wrangling over compensation for land owners or tenants. The project should have taken off easily. In a meeting with Prime Minister Chung Sye-kyun last July, Moon also pushed the project. If a housing project on public space takes that much time, we can imagine the difficulties with building apartments on privately-owned property.

The most ambitious housing plan so far had been under the Chun Doo Hwan administration in September 1980, when it vowed to supply 5 million apartments. Although it made headline news, few remember the project since a grand 5 million-unit housing plan with a lack of details was deemed unfeasible.

To stabilize housing prices, there must be belief that supply will not dry out. Byeon promised to deliver as many as 830,000 apartments. The number is significantly lowered than 41 years ago, but is nevertheless in doubt.

The ballgame has lost the interest of the public as the entire team appears to be unreliable.