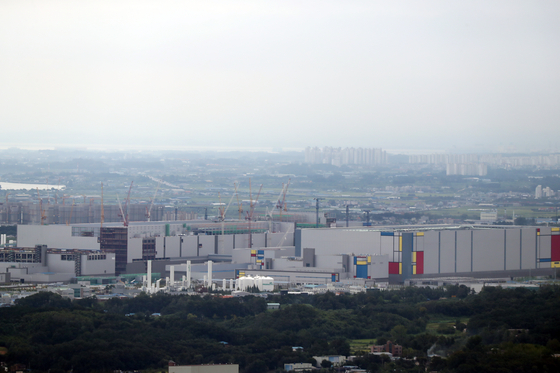 Of Korea’s 17 provinces and cities independent of provinces, only three reported growth in mining and manufacturing last year.

They were Gyeonggi, Sejong and Gwangju

The common characteristic of these areas is that they all have strong foundations in the manufacturing of semiconductors and electronics parts, which have been in high demand as people are restricted to their homes.

Other regions including Seoul suffered heavily.

When it comes to services, Seoul was the only one of these areas to report growth, while the rest reported sharp declines.

According to Statistics Korea on Monday, mining and manufacturing production of the 17 cities and provinces in 2020 grew 0.4 percent.

The growth was led by the three cities.

The statistics agency attributed this to the semiconductor production plants, including those owned by Samsung Electronics and SK hynix, located in Gyeonggi, driving up the region’s growth last year.

In the case of Gwangju, the statistics agency said strong electronic parts manufacturing in the region was the key factor driving manufacturing and mining growth.

In the case of Sejong, the agency said because mining and manufacturing in the region is smaller than in other regions, a slight improvement generated relatively strong growth.

The only area with a year-on-year increase was Seoul, where it grew 1.1 percent.

This increase was not because restaurant or hotel businesses were doing well but rather due to a sharp increase in real estate and finance.

The continuing increase in real estate prices and the rallies in the equity market are key factors in raising Seoul’s service industry’s growth.

The regions that were hit hardest were those that rely heavily on tourism, including Jeju, where service economy contracted 10.4 percent, Incheon down 9.8 percent and Gangwon down 4.9 percent.

In term of retail sales, nationwide it fell 0.2 percent.

Jeju suffered the most as its duty-free business was hurt due to Covid-19. Retail sales plummeted 26.9 percent. In Seoul, it fell 9 percent, and Incheon 8.5 percent.

The latest study by the statistics agency found that in 2020 six cities and provinces experienced inflows of population.