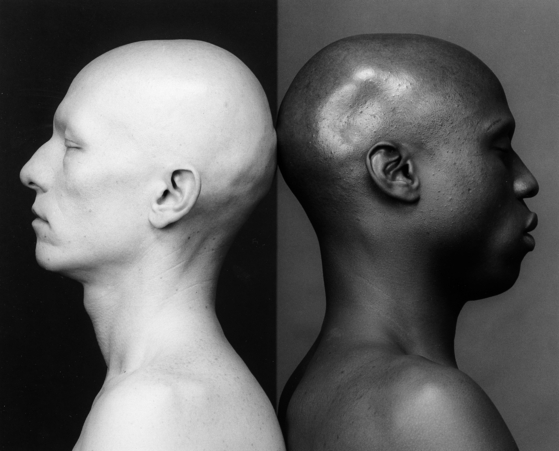 
Korea's first-ever retrospective of iconic photographer Robert Mapplethorpe (1946–1989), started at Kukje Gallery’s Seoul and Busan branches last week. The American artist is well known for his black-and-white photos which have both classical formal beauty and provocative subjects such as homoerotic nudes, gender-fluid portraits and queer subculture.

The exhibition in Seoul is divided into two parts. The first part on the first floor of the gallery’s K2 Space, is titled “Sacred and Profane."

It begins with a photo of Mapplethorpe's right hand in a striped shirt writing the word "Pictures," which hangs on a violet-colored wall, and features the artist’s signature black-and-white self-portraits, celebrity portraits and still lifes from the mid-1970s throughout the 1980s.

The exhibits include several portraits of singer-songwriter and poet Patti Smith, who was an iconic figure of the New York punk rock movement in the 1970s and a long-time muse for Mapplethorpe. Other celebrities in his photos include actor Richard Gere, novelist Truman Capote and artist David Hockney. 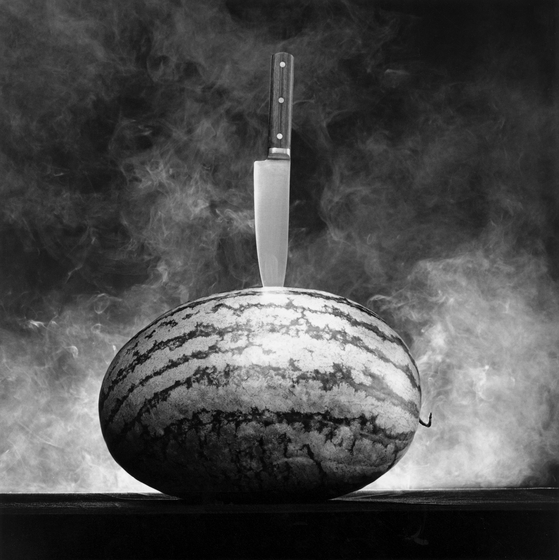 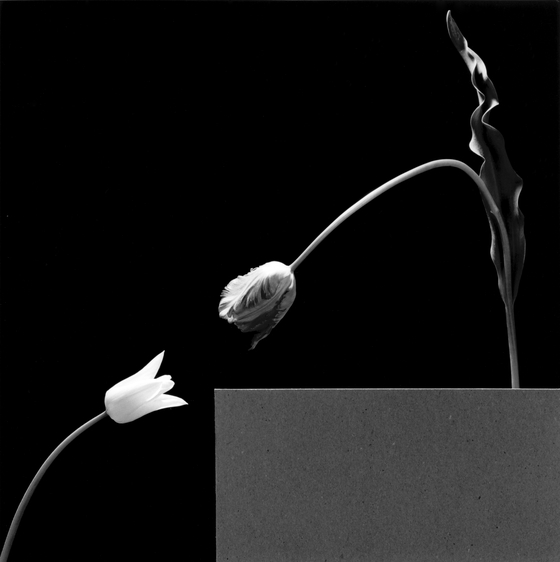 
There are also still life photos of flowers and fruit such as “Two Tulips” and “Watermelon with Knife” in which formal beauty is combined with suggestive sexual tension in elaborately-controlled lighting and composition.

The exhibition leads to the second part on the second floor, which features more controversial photos by Mapplethorpe under the title “The Dark Room.” This part also begins with another photo of the artist’s right hand writing the word "Pictures," – this time in a leather glove and wearing a metal bangle.

The exhibits include photos from the infamous “X Portfolio,” which refers to a group of Mapplethorpe’s photos depicting homosexual sadomasochism.

Such photos was grouped as “X Portfolio” in his comprehensive retrospective “The Perfect Moment” which opened in 1988 just months before his death from AIDS complications. While on a tour of several American cities, the exhibition was met with protests from conservative citizens and even faced an obscenity lawsuit against it in 1990. The show finally won the suit, as well as gained supporters, leaving a mark in the history of art and censorship.

The gallery wrote in the press release, “His unflinching framing of the objectified phallus, secretive S&M rituals, and leather culture including men hanging upside down via thick metal chains, as well as his use of explicit self-portraiture, most iconically an image of the artist boldly gazing into the lens with a bullwhip inserted in his rectum, reflect both an almost neo-Classical formalism coupled with a strident and uncanny confrontation of the gaze.” 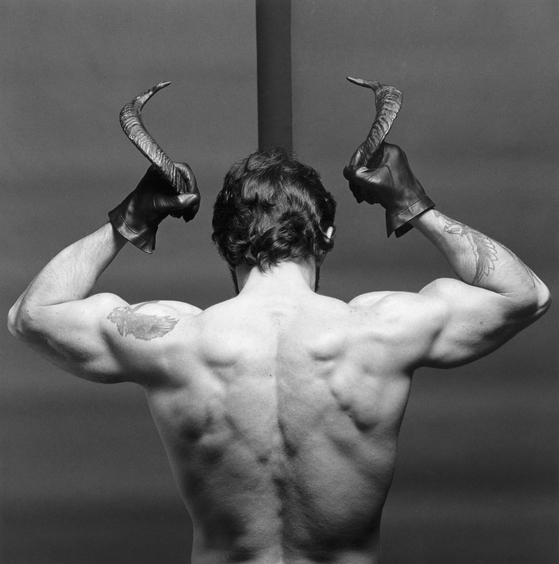 
Lee Yong-woo, a Sogang University professor who curated the exhibition, said the retrospective’s title "More Life" came from some lines of the American playwright Tony Kushner's 1991 play "Angels in America" about the AIDS fears in the 1980s and the following scapegoating of gay people. "The title calls for more tolerance in Korean society which is still very conservative about the LGBT community," he added.

The lines by Kushner are as follows “We won't die secret deaths anymore. The world only spins forward [...] You are fabulous creatures, each and every one. And I bless you: More Life. The Great Work Begins.”

The gallery said it is not setting an age limit for the audience but has installed a notice in front of the staircase leading to the second part. In addition, gallery assistants are on standby to help younger viewers understand the controversial works among the exhibits, it added.

The show runs in Seoul and Busan through March 28. Admission is free.