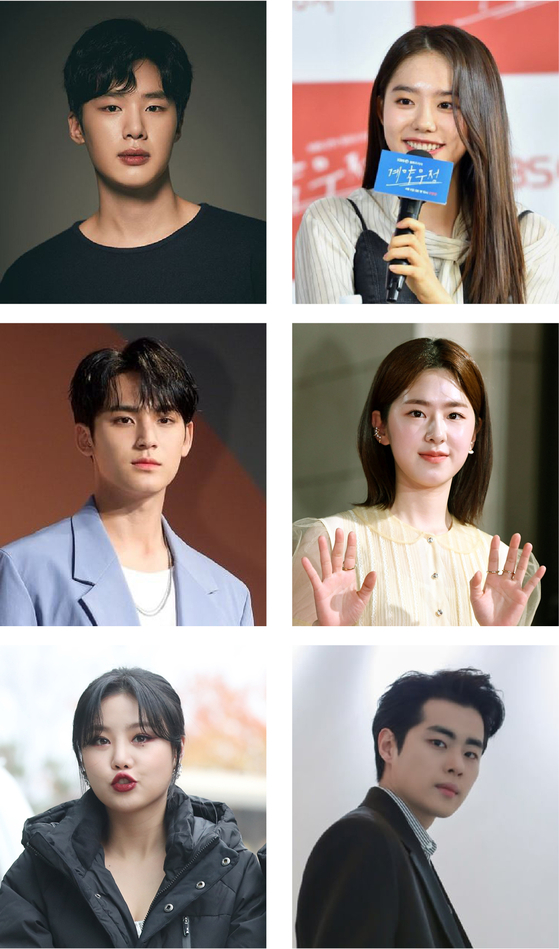 
An increasing number of accusations against celebrities by netizens claiming they were bullied by the stars during their school days have been met by denials and threats of legal action by relevant entertainment agencies.


On Monday, former I.O.I member Kim So-hye's agency S&P Entertainment said it requested the police investigate allegations that Kim was involved in violence during her school days, adding that the "same allegation was made three years ago and proven to be false after a police investigation."

On Monday morning, an anonymous netizen made a post online that claimed Kim was a bully in middle school and that the K-pop star had grabbed one schoolmate's hair and pushed her to her knees after getting angry that the alleged victim was looking at her phone and not at Kim when she was talking.

"I don't know what her life was like in high school, but she was this kind of person in middle school," the netizen wrote. "I want other victims of Kim So-hye to find courage and come forward after reading this and for Kim to at least feel guilty about her actions."

According to S&P Entertainment, Kim chose not to press charges after similar allegations were proven to be false three years ago.

"We took lenient measures according to Kim's wishes as she did not want to charge anyone," the agency said in a statement. "But it's a shame that a similar situation is being repeated. When the results of the police investigation are revealed, we will take strong action without any leniency or settlement."

Actor Kim Dong-hee has also been embroiled in similar allegations. A netizen on Sunday accused Kim, who has been gaining recognition after appearing in popular drama series including JTBC's "Itaewon Class" and Netflix's "Extracurricular," of being a school bully, which the actor's agency NPIO Entertainment refuted on Monday.

On Feb. 21, a netizen wrote that he hates "seeing [Kim Dong-hee] proudly having a career as a celebrity and receiving love from people when his daily life involved hitting and bullying other kids."

NPIO Entertainment said Monday that this accusation was first made in 2018 and school officials had confirmed that Kim was not involved in any form of school violence.

"The netizen, who said that he wasn't even the victim, deleted the post so we did not take any legal actions [in 2018]," said the statement. "The same false claim has been made again three years later. Therefore, we will take legal action and protect the actor from any unfair damages."

Seventeen's Minkyu has also been accused of being a bully, which the boy band member denies.

On Monday, an online post written by a person claiming that he went to the same elementary and middle school as Minkyu, said that he gained the courage to write the post after seeing the recent surge of accusations of school violence made against celebrities.

The netizen claimed that Minkyu was a notorious bully at school and that he was beaten up by the star when he was a first grader in middle school. The netizen posted his graduation photo album as proof that they went to the same school. The post, however, has since been deleted.

Pledis Entertainment, which represents Minkyu, released a statement Monday afternoon, saying that it had looked into the matter and found that all the claims were false, adding that they are dumbfounded about the intention the writer had, especially now that the post has been deleted.

One netizen, who claims she was a victim of actor Park Hye-soo's bullying, took to Park's personal social media account to express her anger.

On Monday, the netizen left a comment underneath a photograph of Park posted on Instagram, saying that Park had slapped her when the pair were in middle school and wrote, "I hope you get what you deserve." Another netizen also wrote on Park's account, "Your school bullying has finally been revealed. Stop deleting the posts and come forward and apologize."

Other claims about Park have been made on online communities.

Park's Studio Santa Claus Entertainment said Monday that they had confirmed that the allegations were all false and were an "attempt to viciously harm and defame the actor by taking advantage of the recent surge of school violence accusations against celebrities."

The agency said it is currently preparing to file a suit and will take all necessary legal action.

Some netizens are even revealing the steps entertainment agencies have been taking to prevent such allegations from circulating.

A netizen, who claims he resides in New Zealand posted on Monday a screen capture of a direct Instagram message he received from a law firm representing actor Jo Byung-gyu, warning that he should stop posting things online regarding the actor as he is subject to criminal prosecution.

Jo's agency, HB Entertainment, continues to deny all allegations and added that it will not be "lenient in taking legal action against those who harm our artists."

Bullying scene from 'The Glory' similar to real case in Cheongju