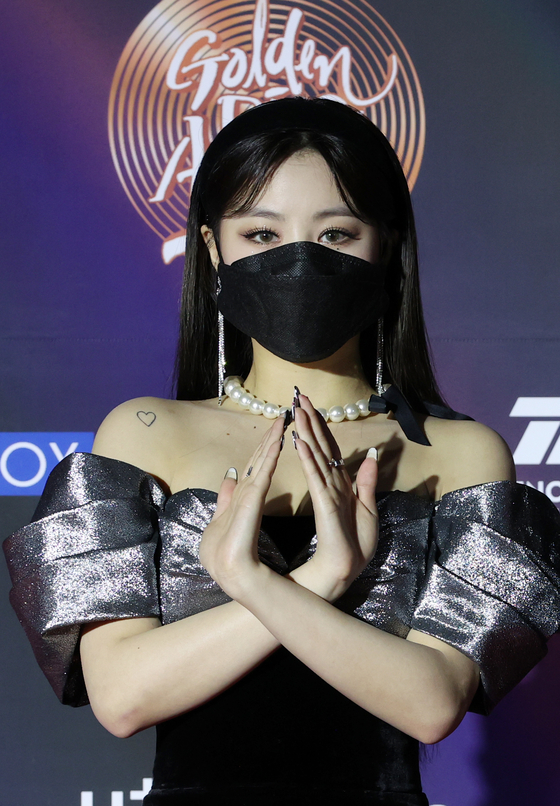 
Claims that popular celebrities were once bullies at school have been made online almost every day in recent weeks.

Soojin, a member of K-pop girl group (G)I-DLE, posted a long article on her social media Monday morning, refuting claims that she was a school bully.

“I was a student that drew attention, and bad rumors always followed me,” she wrote. “I did dress inappropriately as a student, and my curiosity led me to smoke several times. I did act out as a young girl.”

On Feb. 19, a netizen claiming to be an older sister of Soojin’s middle school classmate, alleged that the K-pop star was a school bully by posting a long comment underneath another post about celebrities’ school violence histories.

The netizen wrote that she feels “infuriated” when others who don’t know what she did to her younger sister back in middle school support her and stand on her side.

“She made my sister and her friend slap each other by calling them into a girl’s toilet, and spread rumors that [my sister] is a loner,” the netizen wrote. “It’s not a misunderstanding. I am the witness.”

The following day, Feb. 20, the netizen and her younger sister, posted a more detailed description of Soojin’s misdemeanors, such as extorting money from schoolmates and smoking and drinking underage.

Actor Seo Shin-ae, who is known to have gone to the same middle school as Soojin, also took the issue to her Instagram early Monday morning, writing “None of your excuses” — a comment seeming to indicate she was also a victim of Soojin’s school bullying. In 2012, Seo revealed that she was bullied in middle school.

Soojin denied such allegations on her post Monday, adding that she never engaged in a conversation with Seo during their middle school years.

Soojin’s agency Cube Entertainment also released a statement saying they will take legal actions against the netizens who spread false rumors about Soojin.

Bullying scene from 'The Glory' similar to real case in Cheongju