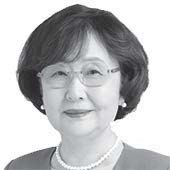 Kim Myung-ja
The author is president of the Seoul Forum for International Affairs (SFIA) and honorary chair of the Korean Federation of Science and Technology Societies.


The 2020 Nobel Prize in Chemistry went to Emmanuelle Charpentier, a French microbiologist of the Max Planck Unit for the Science of Pathogens, Berlin, and Jennifer A. Doudna, an American biochemist at the University of California, Berkeley, for the development of a method for genome editing. Their discovery of the Crispr/Cas9 genetic scissors paved the way for revolutionary changes in the DNA of animals, plants. Since the Crispr technology had been rumored for a Nobel recognition from the mid-2010s, the names of other pioneers and scientists in the field like George Church, a geneticist of Harvard University, Feng Zhang of the Broad Institute, and Kim Jin-soo, a biologist at Seoul National University, who also explored the Crispr DNA scissor technique, were floated for nominations for the award.

Since another Nobel Prize in Medicine is possible if a treatment based on the Crispr technique is commercialized, patent competition has been fierce. A patent battle is still ongoing between UC Berkeley and the Broad Institute over the discovery of the technique after Zhang’s team filed for a patent in December 2012, challenging Doudna’s UC team, which sought a patent earlier in the year.

Kim aced a different sort of lawsuit. The chemistry professor at Seoul National University headed a research division on gene editing at the Institute for Basic Science (IBS) in 2014. In 2016, he was charged for embezzling from a research fund at IBS and transferring the technology he worked on at the public institute to the company he founded.

In 2018, media reported on the scientist being charged with theft on a multimillion-dollar technology and indicted in January 2010. But the court in the first trial on Feb. 4 acquitted Kim, finding a lack of evidence to verify the illegality of the transfer of technology and Kim’s abuse of power to use the technology for the benefit of his company. 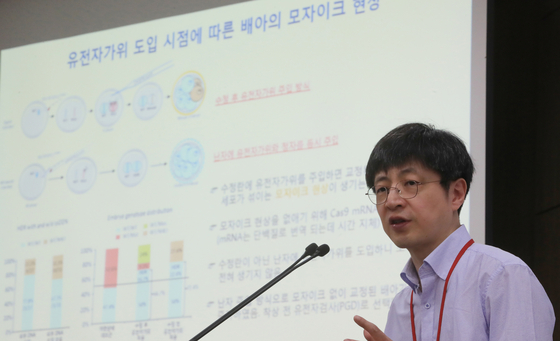 
Kim resigned from the professorship at SNU in 2016 and was dismissed as the research chief of IBS. He is being tried as a senior researcher at IBS. ToolGen, his company, gained a breakthrough after its appeal on the patent on the use of Crispr in mammalian cells it filed eight years ago was accepted by the U.S. Parent Trial and Appeal Board. (PTAB). The PTAB will be interfering to review ToolGen’s patented application with regents of the Broad Institute and UC Berkeley.

After Kim was found not guilty in the first trial, the ministry of science and ICT restored Kim back to his job as chief of the gene research at IBS. But over the last five years, gene editing research’s lab power and funding had been halved, and researches on the technology that amounted to more than 10 a year were cut to three in 2020. Still, the multi-award-winning biologist has been recognized as Highly Cited Researcher by Clarivate Analytics since 2018.

Korea’s science paradox is that despite a surge in R&D, patented technologies still cannot contribute to tangible jobs and innovation growth. Science breakthroughs should not stop at mentions at international journals, but must be followed up with patents, technology transfer and venture startups.

The case with Kim stems from the structural problems and weakness in the environment for innovation. Lack of understanding on the patent application and transfer of technology in the process of development as well as legal ambiguities in starting businesses based on novel technology and deficient administrative support are also partly to blame. The related laws and acts need to be reexamined to set the grounds for crediting the researcher’s discovery and invention, recognizing the public role in state-sponsored projects, defining the efficacy of patents and scope of rights as well as the exclusivity to the intellectual property, and revisiting the limitations on life science over ethical issues based on the changes of times. Moreover, hard-won innovations from state funding should lead up to social and economic benefits so that scientists can avoid setbacks like Kim faced.