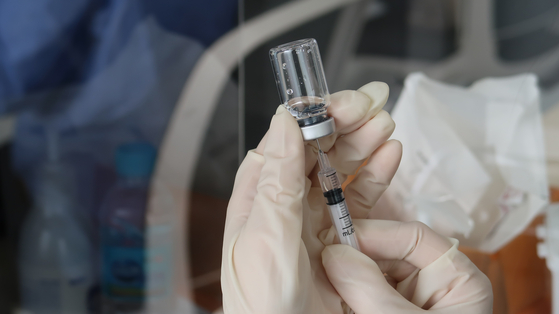 Low dead space (LDS) syringe that will be used in Covid-19 vaccination which will start on Friday. [KOREAN NURSES ASSOCIATION]

The Korea Disease Control and Prevention Agency has signed a supply contract with two local companies to secure 40 million low dead space (LDS) syringes, designed to increase vaccine efficiency by up to 20 percent.

LDS syringes are designed to reduce the dead space between the needle and the body of the syringe.


Due to structural limitations, a typical syringe would have to contain 0.4 milliliters of vaccine in order to inject a person with 0.3 milliliters, as 0.1 milliliters remains trapped in the dead space and has to be thrown out with the syringe.

Because low dead space syringes do not have such structural limitations, a 2.25 milliliter bottle of vaccine could be given to six patients while it can only be given to five patients using conventional syringes.

“A typical syringe has a ‘hub’ at the end of the needle, and it is the part that attaches to the syringe,” said Bang Sang-hyuk, CEO of LDS syringe-maker Shina. “But in the case of LDS syringes, they have no hub and the body is directly attached to the needle, so there is barely any space between the needle and the body.” 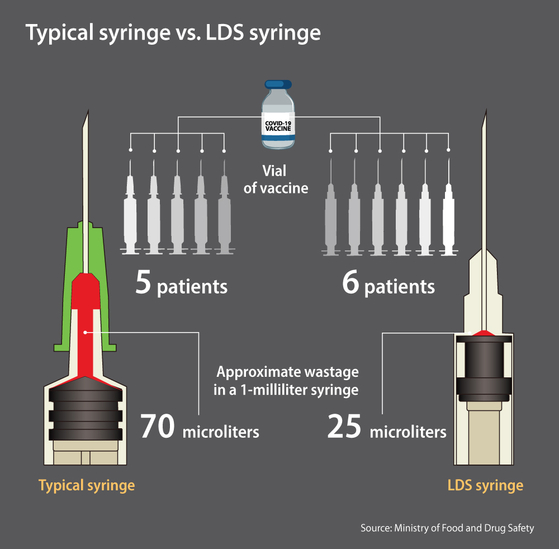 But LDS syringes are not cheap, costing some 1.5 to 2 times more than typical syringes.

On Feb. 18, President Moon Jae-in visited PoongLim Pharmatech, in Gunsan, North Jeolla. Although the government hasn't signed a contract with PoongLim, the company said it will donate some 120,000 LDS syringes ahead of the country’s first vaccination, set for this Friday.