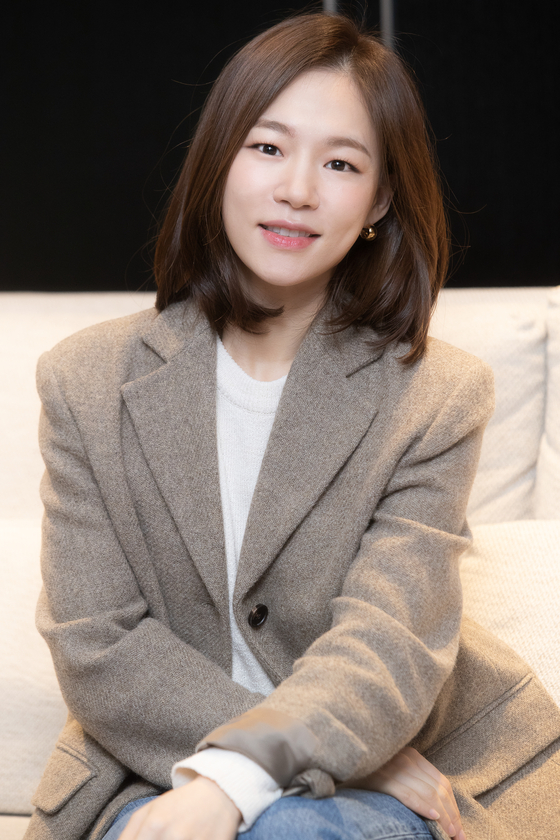 
As of Tuesday, director Lee Isaac Chung’s film “Minari” has garnered 74 wins and a total of 157 nominations from global film associations and festivals, including two best supporting actress actor awards for Yoon Yuh-jung from the Southeastern Film Critics Association and the Vancouver Film Critics Circle. Actor Han Ye-ri, who portrays Monica, the mother of the Korean immigrant family in the film, told press during an online interview Tuesday that while she thought the film was beautiful, she never expected it to receive so many accolades and attention from around the globe.

“When I think about the reason why [the movie has been so successful], I think its because the story contains a little part of everyone's childhood and a little part of everyone's mothers and fathers as well," Han said. “And this is my favorite part about the film—there’s no villain in the story. They all have their own opinions and say how they feel, but there’s essentially no bad person. And I think the story is told in a way that [slowly] seeps into the audience. There are moments in the story which could have been, especially for Korean audiences, real tear-jerkers, but instead those moments are portrayed in a composed and serene manner.”

The story centers around the five members of the Yi family — Jacob, Monica, their children Anne and David, and Monica’s mother Soon-ja — who emigrate to the United States from Korea. After 10 years working at a chicken factory, Jacob decides to move to Arkansas and run his own farm to support his family. But his wife Monica is not happy with their new lives. 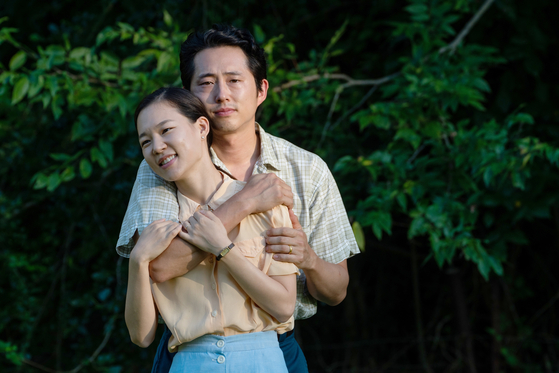 
“What I focused on while I was portraying Monica was why I loved Jacob,” Han said. “What do I love about this person and why was I with him.”

Han believed her character was the heart of the family and only she had the power to keep everyone together.

“Even when she’s going through something immensely difficult, not once does she suggest going separate ways,” Han said. “But she does express it. When she thinks that she’s at the edge of a cliff, she says she’s reached a breaking point and asks Jacob to hold her back. She’s that kind of person — someone who doesn't give up. 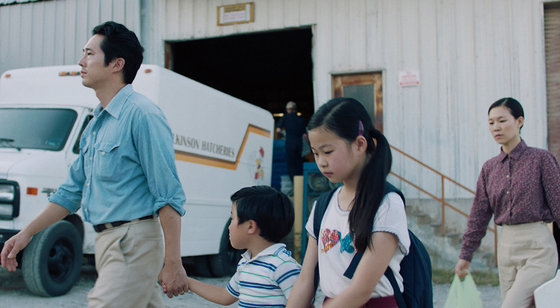 Jacob hopes to make a living and support his family by running his own farm in Arkansas, but things don't turn out they way he hoped. [PAN CINEMA]


“But I don’t think that she always had such strength,” Han added. “She met Jacob in her early 20s and fell in love with this man who had big dreams. I don’t think a young woman in her early 20s has the time to think about her own dreams or self-worth. The dream of the person she loved became hers, but ultimately, it wasn’t hers. Then they had kids, and in the process of raising them, little by little they lost their light. But she still remembers the moments when Jacob shone, and I believed she loved him very much. Her immediate goal was to raise her children well and keep her family together. I guess she would think about her own dreams after those goals were fulfilled.”

When asked whether the actor had thought about why Monica loved Jacob, Han said it was likely due to Jacob's similarities to Monica's mother, Soon-ja.

“He has his own philosophy and principles, that’s very clear, and that is where the two [Jacob and Soon-ja] are alike,” she said. “So when a man like her mother appeared before her, Monica would have been attracted to him. Even if they had their differences, Monica saw Jacob as the kind of person who is constantly trying to do something instead of waiting around, hoping for something to fall from the sky. So she believes in him and that’s why she trusts him to be with her until the end.” 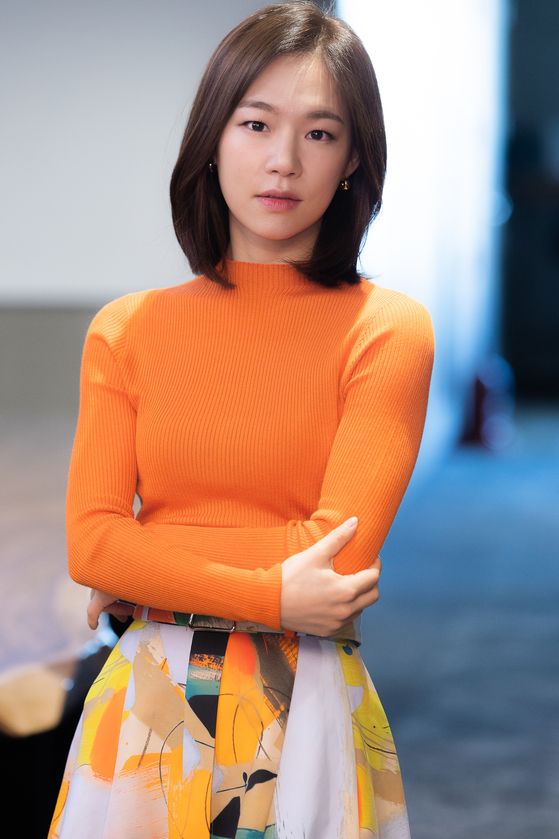 
While Monica thinks of her family as a piece of herself, Han believes her own family to be “people that I need to forever interact with, and [make an effort to] understand.”

“I really like the drama series ‘My Unfamiliar Family’ [that aired on tvN] because [I sympathized] with the part where the families don’t tell each other everything. Sometimes we need to do that and that takes effort. We usually think of our family as a given because we’re inherently connected to each other by blood, but we still need to constantly try to share our thoughts [to understand one another]. There are many meanings family holds for me, but for me it's like homework [that I need to continue working on].”

The actor also gave insight into how it was working on the set of the film, saying she never felt lonely thanks to the friendly atmosphere that director Lee provided and the fact that many of the people involved were Korean or Korean American. 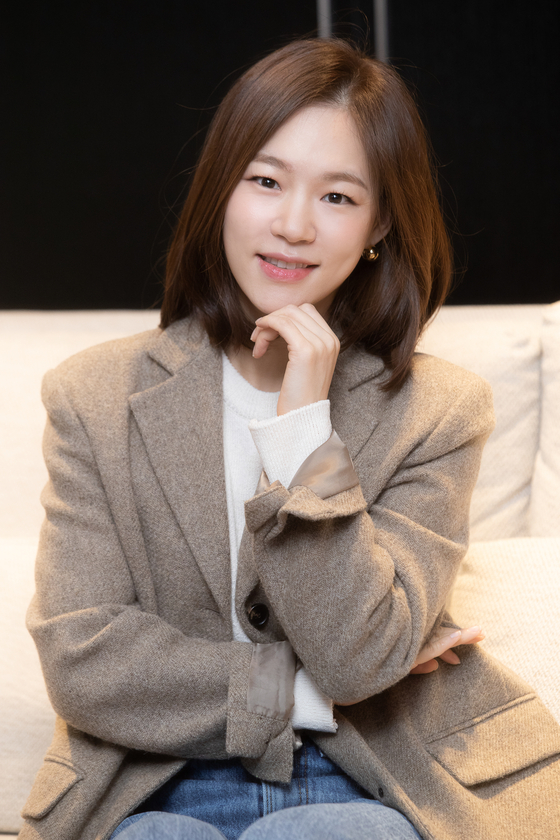 
“On the set, Yoon would tell me, ‘there’s no one around to help us so we need to keep our wits sharp,’” Han said. “And I think that because we were representing Korean actors, we felt responsible to show that the director cast us for a good reason [...] But many of the director’s friends who came to help us were Korean, and I think it’s one of the reasons why this film is special to me. We received so much support and good energy. The emotions I felt and the time I spent with those people made me feel healthier.”

What the actor remembers most about working with director Lee was his smile. 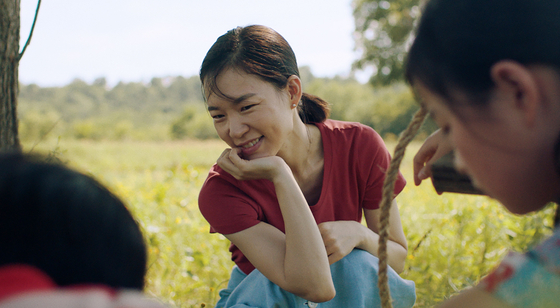 Actor Han Ye-ri understood her character Monica to be the glue that keeps the family together and a loyal and lovig wife to her husband Jacob. [PAN CINEMA]


“When we were finished filming each scene, he would give us this smile that said, ‘You did good and you did what you were supposed to do,’” Han said.

"Rain Song," which features on the film's original soundtrack was sang by Han and has been shortlisted for an Oscar nomination for Best Original Song. Han, while thankful for the recognition, hopes the director or Yoon get the most attention for their roles.

“I ardently wish that the director will receive something — whether it’s Best Director, Best Picture, or Best International Feature Film — and be recognized for his part,” Han said, referring to the upcoming Golden Globes and Oscars. “I hope that Yoon receives [an award] as well. I hope something as rewarding as the effort they put into [making this film] happens to them. But even if we don't win, we're still receiving a lot of love."