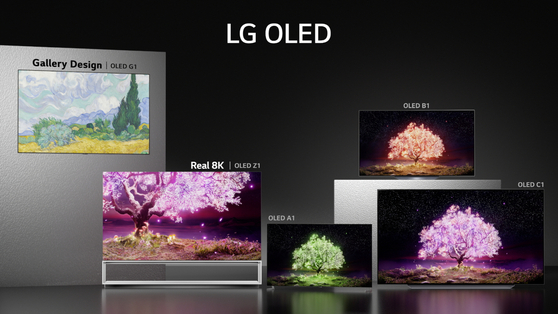 The Seoul-based TV maker announced the annual record of 2.04 million, up 23.8 percent over a year earlier, citing data from market tracker Omdia on Wednesday.

The growth of OLED TV shipments is important for LG, as the electronics maker moves to switch its focus toward premium OLED models rather than mid-range liquid-crystal display (LCD) TVs.

The releases pushed up the number of OLED TV makers to 19 globally.

But in the overall TV market, Samsung Electronics retained the crown as the world’s largest TV maker, with its own QLED-branded TVs selling well last year.

Samsung was followed by LG Electronics’ 16.5 percent, which went up 0.2 percentage points compared to 2019.