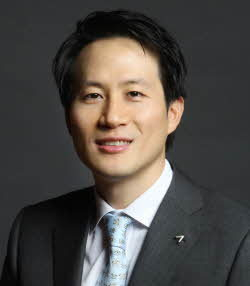 
Park Chul-whan, a Kumho Petrochemical director and the company’s largest shareholder, clarified a shareholder proposal he submitted last month, where he sought to stack the board and up the dividend.

In January, Park recommended to the company that he becomes an executive director, that four new outside directors of his choosing be appointed and that the dividend be boosted by 10-fold.

The stock jumped dramatically after the proposal, rising about 60 percent. Kumho Petrochemical’s payout ratio early last year was 13.9 percent, and its dividend yield is about 0.75 percent.

Kumho Petrochemical blasted the request as "irrational" when the company has been going through a tough time amid the Covid-19 pandemic.

In Tuesday's statement, Park explained that the proposal has been prepared through in-depth discussions with and objective reviews by experts.

Park revealed his vision to make Kumho Petrochemical a leading global company with the aim of achieving a 20-trillion-won market cap by 2025, from the current 6.66 trillion won. He emphasized the importance of discovering future growth engines that reinforce synergy with existing businesses, improving corporate governance and communicating with shareholders in line with global standards, and establishing long-term environmental, social and governance (ESG) strategies.

During a meeting held on Tuesday, the board discussed the plan to acquire Kumho Resort for 255.3 billion won.

“I am against the acquisition of Kumho Resort, which has no business relevance to Kumho Petrochemical and only undermines the corporate and shareholder value of the company,” Park said.

“The shareholder proposal has been prepared to improve corporate and shareholder value through the management for future growth, based on checking inappropriate investment decisions such as the acquisition of Kumho Resort and reinforcing existing businesses in a rapidly changing and fiercely competitive global business environment.”