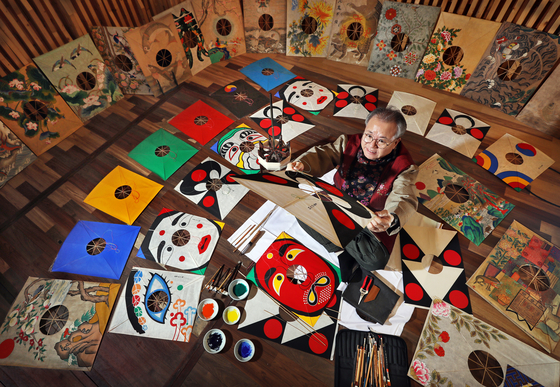 
The Korean phrase songaegyeongbok means “send away bad luck and invite good fortune.” Koreans traditionally wrote the phrase on kites which they flew during daeboreum, the first full moon of the Lunar New Year, wishing for health and longevity. Kite flying was a widely practiced seasonal custom during the Joseon Dynasty (1392-1910) to celebrate the first full moon, as well as an important act in Korean folk religion.

Artisan Rhee Ki-tai, aged 72, is the president of the Korean Kitefliers Association and the last remaining person who uses the Joseon Dynasty technique to make bangpae yeon, or fighter kites, the representative traditional kite of Korea. In Korean, bangpae translates to “shield,” while yeon means “kite.” His artist name Choyang, given to him by renowned poet Hwang Geum-chan (1918-2017), means “to rule the oceans with bamboo.” As an homage to his name, Rhee invented an easy method for anyone to make a kite and dubbed it the “Choyang method.” He has also devoted his life to traveling the world in order to promote Korea’s traditional kite culture.

Rhee was trained in the bangpae kite-making technique of the late Joseon era by his grandfather Rhee Cheon-seok and later his father Rhee Yong-an. His first encounter with a kite was when he was six-years-old. He was born in Mugyo-dong, central Seoul, around where the Cheonggye Stream starts. There, he grew up with kites and has been a “kite master” for the past 66 years. 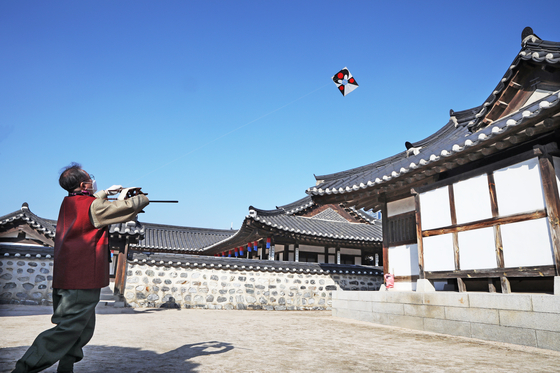 Although he was born in the center of Seoul, the Korean War had destroyed the town so his childhood was tough. The only entertainment available to children was sleigh riding, stick tossing, top spinning, hopscotch, and of course Rhee’s favorite, kite flying. Cheonggye Stream and the castle walls of Mount Inwang were his go-to places for kite flying. Young Rhee was the happiest when he was flying kites.

Colonial-era freedom fighter Kim Won-bong (1898-1958) allegedly sent a secret envoy to Rhee’s grandfather and father to learn the technique for making large kites, while Kim was active in China. Kim’s goal was to use kites to spread leaflets in order to publicize the Korean independence movement. Rhee still feels an immense sense of pride from his grandfather and father’s contributions. 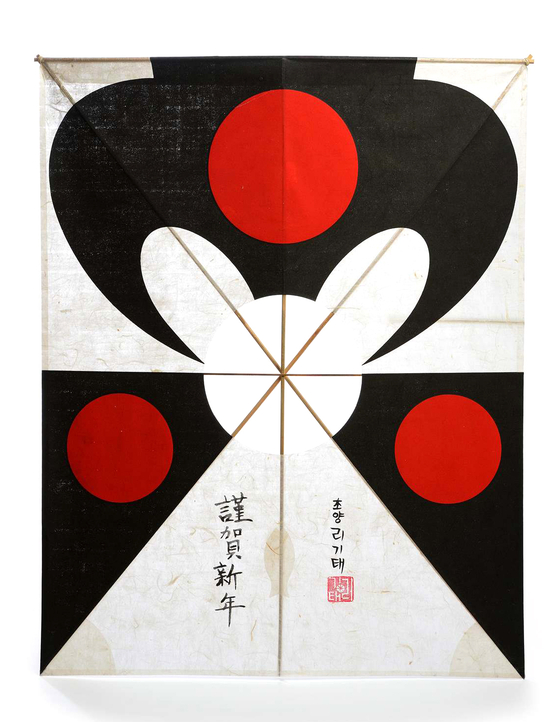 Large kites, such as this one re-created by Rhee, were used as a strategic signal to communicate with far-away friendly forces. [PARK SANG-MOON] 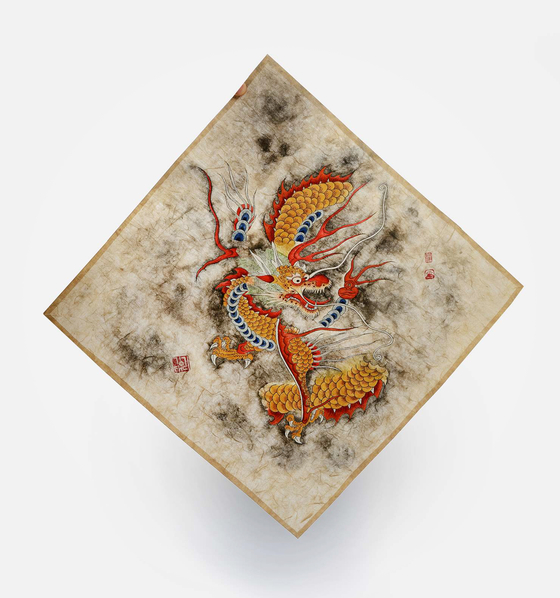 A kite with a painting of a dragon among the clouds. [PARK SANG-MOON]

Rhee tries his best to stay true to the traditional method of making bangpae kites, which his grandfather and father kept as a family business while resisting Japanese occupation. He attaches high-quality mulberry paper to bamboo sticks using gelatinous glue made from cowhide or fish swim bladders boiled in lukewarm water, strictly following the traditional method. When he paints the kites, he is adamant about only using natural dyes such as pine tree ash and mustard.

Rhee always takes a thorough bath before making a kite and usually prefers to work late at night or at dawn, in order to make kites with the pious attitude that is essential for the last holder of the Joseon era bangpae kite-making technique. Rhee is willing to do whatever it takes to make each kite he makes absolutely perfect. 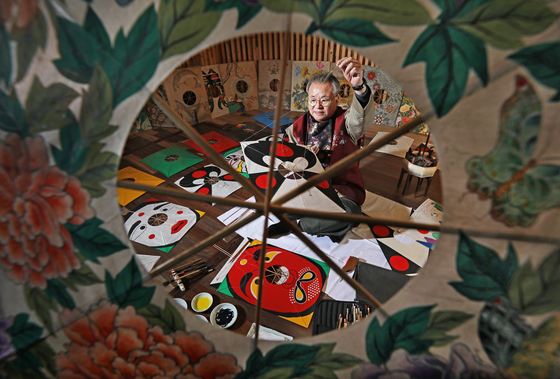 He is deeply interested in not only making kites but also popularizing kite flying. The most difficult part of the sport is that kites are difficult for non-experts to make properly. To popularize kite flying, Rhee came up with the “Choyang method.”

Rhee also strives to promote Korean kites to the world. His handmade “Urong Kite,” or “mocking kite,” became part of the permanent collection at the Museum of Islamic Art in Doha, Qatar in 2014 to celebrate the 40th anniversary of Korea and Qatar’s establishment of diplomatic ties. In 2018, Rhee came in first place at the Beijing International Kite Flying Festival in China. He has also represented Korea at numerous international kite festivals in India, the United States, Greece, Russia, the Czech Republic, Singapore, Thailand and Malaysia, promoting the excellence of traditional Korean kites. 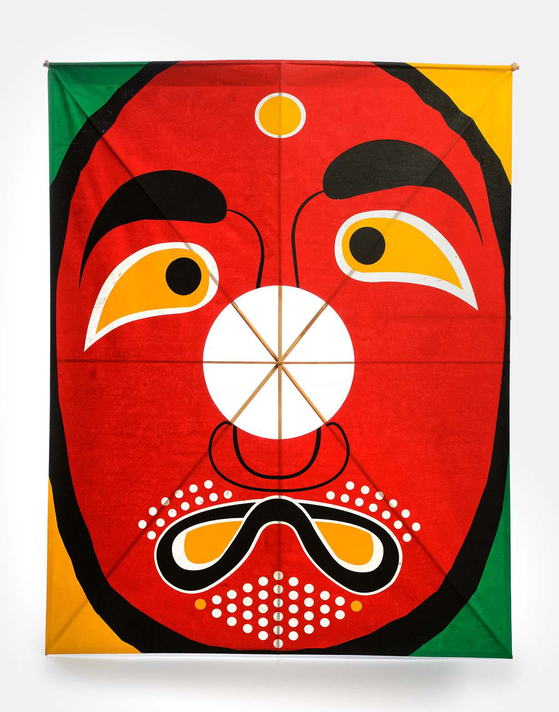 Rhee's “Urong Kite,” or “mocking kite,” shows a face inspired by a traditional mask. The kite has been part of the permanent collection at the Museum of Islamic Art in Doha, Qatar since 2014. [PARK SANG-MOON] 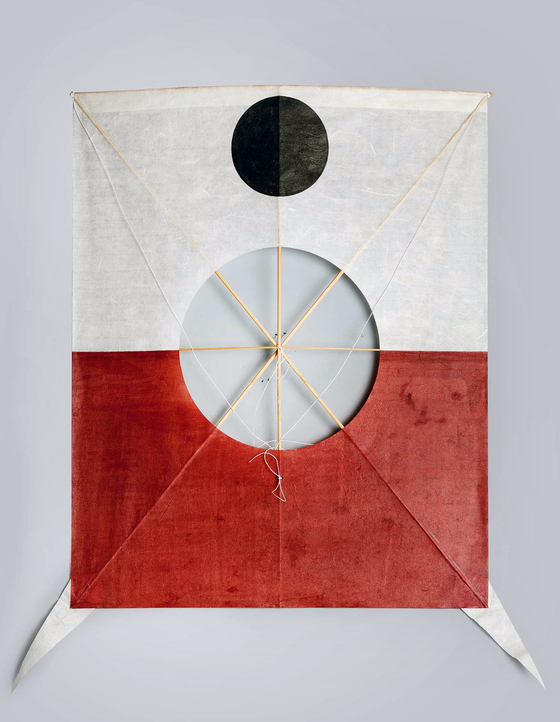 Rhee is also known for restoring the “Seoul Kite,” Korea’s oldest kite made in 1888, which was damaged and stored in Britain’s Royal Botanic Gardens, Kew. In 2011, he restored the kite to its original 276 millimeter (10.9 inches) by 344 millimeters size. Rhee called the discovery and restoration of the long-forgotten kite “miraculous.”

Nowadays, people fly kites simply as a hobby or for fun. Historically, however, kites have been utilized in various fields such as the military, religion, science and the industrial world. Korea has 70 kinds of unique kites that are not seen anywhere else in the world. Rhee’s final dream is to build a kite museum, which does not exist in Korea yet but is much-needed in order to preserve the fading traditional sport.