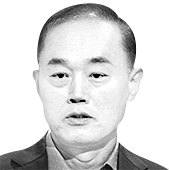 Jung Hong-sang
The author is an adjunct professor at the Korea Development Institute.


Korea’s fiscal expenditures have rapidly grown in recent years due to spending to boost a weak economy. The rate of such spending has increased even further with the unexpected factor of Covid-19. But there is a lack of deep discussion on how to find the money to support such fiscal spending.

Nothing comes free in this world. Our only option to make up for the rise in spending is to increase taxes or to issue national bonds. But government bonds must also be paid off through taxes one day. In the end, it is a question of whether it will be the current or future generations that will need to take up the burden of this expanded spending. But raising taxes immediately carries with it a political burden. This is why policy makers usually end up issuing government bonds.

Regarding this issue, it is noteworthy to examine the concept of sustainability discussed in the United Nations. Economic development is necessary, but doing so at the expense of destroying the environment and the global ecosystem cannot be a sustainable method in the long term. Climate change shows why this is so. But at the same time, we cannot abandon development. To make these two goals compatible, global policy makers have concluded that if the current generation continues development, it must do so within the bounds of not harming the right of future generations to pursue their happiness.

When the economy suffers or there is some unexpected situation like the Covid-19 crisis, increasing expenditure may be inevitable. But such actions should not infringe on the ability of future generations to pursue their happiness. Even if we cannot leave behind something of value, we must not leave behind huge debt.

If our descendants face prospects of better lives than the current generation, this issue may not be that serious. But it is more likely that they will not. Let’s look at the fundamental issue of economic development. The Korean economy has already passed its era of rapid growth and already entered a phase of slowed growth. The reality is that the engine of growth looks ever more bleak as newer economies like China rapidly catch up.

How does our demographic situation fare in this situation? The birth rate has plummeted and society is rapidly aging. According to Statistics Korea, the old-age dependency ratio — the share of the working age population supporting elderly people — is expected to rise from current 20 percent to 40 percent in a decade, and to 60 percent after 20 years. To single households, this means having to support two elderly people, compared to one, with the same income. It is inevitable that such a family will face greater hardships. Will such a family be able to pay further taxes?

We also have to consider the possibility of unexpected debt in the future. What if a national reunification takes place unexpectedly? As South and North Korea are the same race, the South will inevitably have to take up a significant burden should unification come to fruition, regardless of whether we welcome it or not. There is also the possibility of a global economic crisis or a second global pandemic like Covid-19 in the future.

When counting in such factors, we better take up the burden to resolve our own generation’s issues. The government must present its own idea of doing that and put it to a public debate. Even if we cannot raise taxes immediately, there must be some sort of plan about doing so within the next five to ten years.

Without such plans, we will end up opting for the easy solution of issuing government bonds, thereby putting a further burden on our future generations. This is an irresponsible way to treat our descendants, not to mention an embarrassing act on a moral level.

If we cannot reach consensus on ways to make up for these deficits, we have no choice but to refrain from further spending. Our policies must reflect the burden we face in finding the resources to pay for our spending. Perhaps we may have to accept some of the risks that comes with an era of “living with the coronavirus” and allow further economic activities.