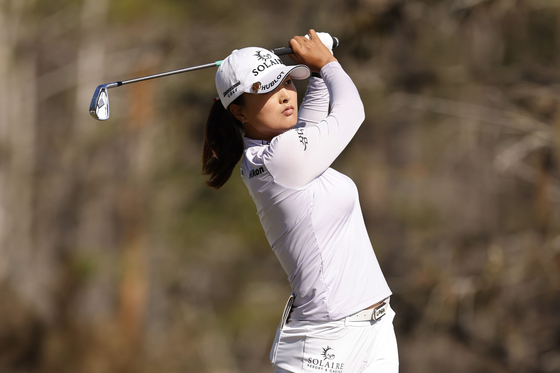 
The LPGA will return on Thursday at the Gainbridge LPGA Tournament at Lake Nona Golf & Country Club in Orlando, Florida, with both world No. 1 Ko Jin-young and No. 2 Kim Sei-young returning to the Tour.

Gainbridge LPGA is technically the second event on this year's Tour, after the Diamond Resorts Tournament of Champions in Lake Buena Vista, Florida. The tournament, only open to winners of Tour events in the previous two years, was won by world No. 17 Jessica Korda of the United States.

Although eligible, neither Ko or Kim competed at the Tournament of Champions in January, making Gainbridge their first event of the season.

Ko finished the 2020 season on outstanding form, winning her seventh Tour title at the CME Group Tour Championship, which she only qualified for by tying for second at the U.S. Women's Open the week before. She won the 2020 money title despite only competing in four events that year, and will look to win her third consecutive money title this year.

Ko spent the off-season in Korea before returning to the U.S. to prepare for her return to the Tour.

“I had great time my life with my friends and with new coaches," Ko said at a pre-tournament press conference. "So I had a lot of practice and a lot of resting time during the off-season, so I'm happy to here.”

Although she only competed in four events last year, Ko has held the world No. 1 position since July 2019.

“It's a little pressure for me because I have to play well on the course every week, every day, every hole," said Ko. "But I don't want to be 100 percent perfect on the course. Just I am human, so I can make mistakes, so I have to accept about that. I am learning from the golf a lot of things, so on I want to get better and better day by day. I'm fine.”

World No. 2 Kim also has high hopes for her return to the Tour after a successful 2020 season. Kim won her first major at the KPMG Women’s PGA Championship last year, picked up another win at the Pelican Women’s Championship and earned Rolex Player of the Year for the first time. 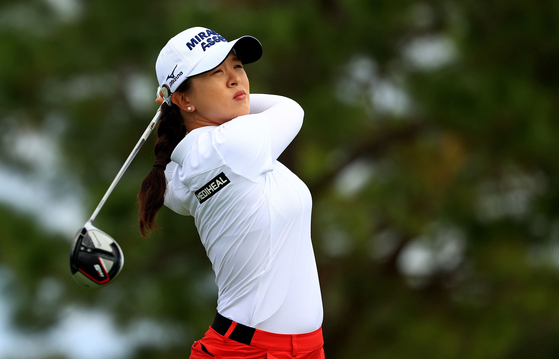 
Kim also returned to Korea during the offseason.

“I had a lot of fun during the offseason because I didn't touch [a] golf club," she said. "I just enjoyed time and spend time with friends and then get to see them. And I did a lot of things, like pilates, yoga. Yeah, it was fun.”

After picking up two wins last year, Kim's goal is to add one more in the 2021 season.

“I want to win three times in this year," said Kim. "Then the season is very long, so I want to just enjoy with my group and all the players. So it's hopefully, yeah, fun all year, and then, if I reach the goal, it's going to be another happy.”

A total of 120 players will compete at the Lake Nona course with a cut after 32 holes. The Orlando course is hosting an LPGA event for only the second time since the Solheim Cup in 1990.

Ko and Kim are joined in the field by defending champion Madelene Sagstrom of Sweden and veteran Annika Sorenstam, also of Sweden, who retired from the Tour in 2008 and is making her official return at Gainbridge.

Sagstrom picked up her first Tour victory in 2020 at the maiden Gainbridge tournament, and returns this year hoping to repeat that success.

Sorenstam, who lives within the Lake Nona complex, could bring a huge home-ground advantage with her to the contest. Sorenstam's return is also a big deal for Kim, who grew up watching the Swedish veteran.

“I was so excited to have the change to pair with her,” said Kim. “Very low percentage, but hopefully. If I can, I want to play with her because she's my idol when I was young. When I played the hole 14 or 13, someone told me like that house is Annika’s house. I was like, Wow, that's huge!”

World No. 3 Park In-bee and No. 9 Kim Hyo-joo will not be competing at the Gainbridge tournament, but Park Sung-hyun, the fourth Korean in the top 10, will compete.

Nelly Korda and Danielle Kang of the United States, Brooke M. Henderson of Canada and Nasa Hataoka of Japan round off the top 10 golfers competing at the tournament.