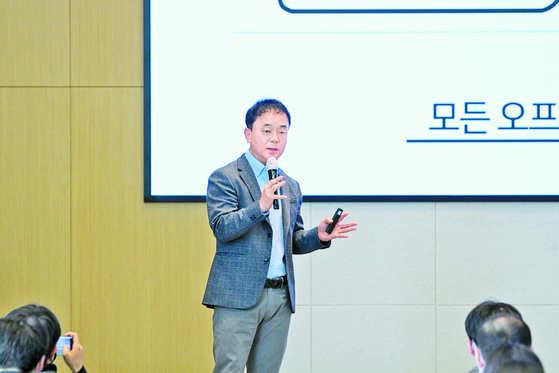 Cho Young-je, who served as head of the e-commerce business unit of Lotte Shopping, resigned from the position to take the responsibility for the poor performance of Lotte's e-commerce platform Lotte On. [LOTTE SHOPPING]


Cho Young-je, head of the e-commerce business unit at Lotte Shopping, is resigning to take responsibility for the poor performance of the company’s Lotte On e-commerce shopping platform.

According to Lotte Group on Thursday, Cho failed to produce as the head of Lotte On. The company plans to hire a replacement for Cho soon.

Meanwhile, Lotte Mart also started accepting voluntary retirement this year for employees who have worked for the company for a decade or more.

This is the first time the company has offered voluntary retirement to employees at all levels since the company's establishment in 1998. Cashiers and indefinite contract workers are excluded.

Suffering from a sharp decline in sales, Lotte Mart’s cumulative operating losses for the past three years amounted to some 66 billion won. Last year, Lotte Mart shut down a total of 12 branches across the country including its Guro branch in western Seoul.

Those who retire will receive a severance pay equal to 27 months of the average salary, as well as 5 million won in education expenses for each child they have.

“Due to the poor sales performance, [the voluntary retirement] is inevitable at the moment,” said a spokesperson at Lotte Mart.