Long-range version of Ioniq 5 to start at ￦52 million

Long-range version of Ioniq 5 to start at ￦52 million 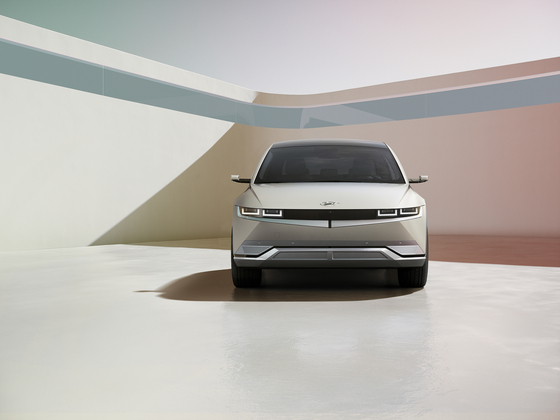 
The sticker price of the long-range version of Hyundai Motor’s Ioniq 5 crossover has been set at 52 million won ($47,000) in Korea, according to the carmaker on Thursday. Hyundai Motor started receiving preorders for the model on Thursday.


The long-range version is equipped with a 72.6 kilowatt-hour battery and is able to drive 430 kilometers (267 miles) per charge.


With electric vehicle (EV)-dedicated purchase tax discounts and subsidies, a Seoul resident can purchase the long-range's basic trim, the Exclusive, from 37 million won.

The more expensive trim, the Prestige, will have its sticker price start from 57 million won.

Equipped with six air bags, both trims come with the V2L connector, which allows the driver to use the vehicle battery as a secondary energy source without additional cost. The moving center console, or what Hyundai Motor calls Universal Island, that can move back and forth as much as 140 millimeters, enabling access from both the front and rear seats, will also be included in the basic trim.

The Prestige line, which will be available from 42 million won after tax discounts and subsidies, comes topped with additional driving assistant systems, such as blind-spot collision-avoidance assist and safe exit assist.

Its digital side mirror function that uses cameras on side mirrors to widen the driver’s view, a first for Hyundai, was not included as a basic option for either trim.

The price has been set at a slightly lower level compared to Tesla’s Model Y, which was considered to be the strongest rival of Hyundai’s Ioniq 5. The two models’ similar launch dates in Korea have fueled the rivalry. Both models will start sales within the first half of this year.


Tesla premiered the standard-range trim of the Model Y SUV in Korea last month and set its price at 59.9 million won, which falls to 45 million won after EV benefits. Its range falls a little short of 400 kilometers. The standard version, however, has tentatively suspended global sales.

The specifics of Ioniq 5’s standard version haven’t been revealed yet.