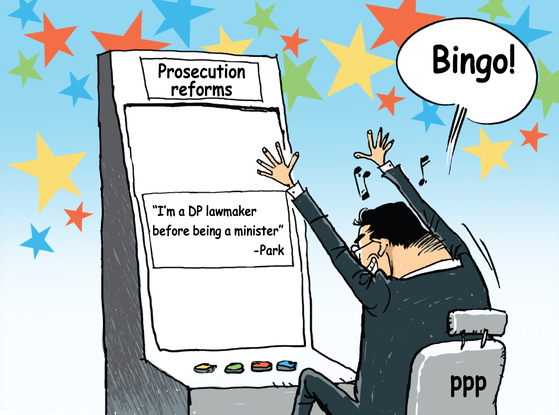 After Justice Minister Park Beom-kye made controversial remarks about his mission to spearhead prosecution reforms pursued by the Moon Jae-in administration, the opposition People Power Party (PPP) plans to attack the government and ruling Democratic Party (DP) for overdoing the crusade. In Korea, government ministers can maintain their status as lawmakers. [KIM HOE-RYONG]