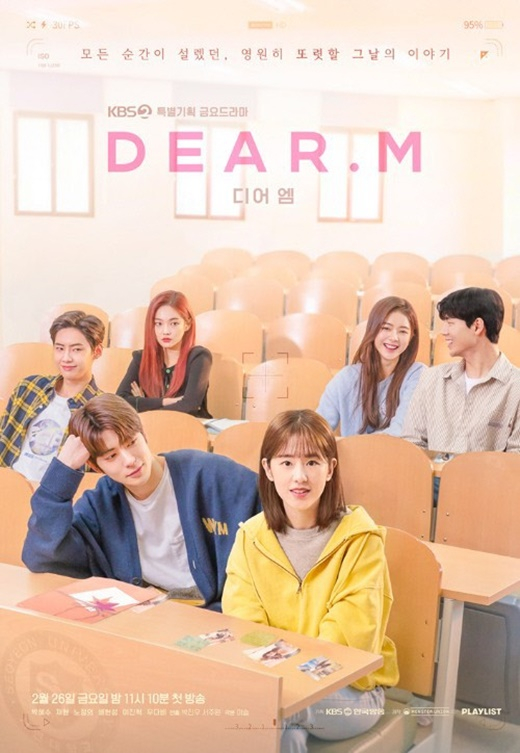 KBS series ″Dear. M″ was scheduled to air its first episode on Friday, until its lead actor Park Hye-soo (front) was accused of school bullying. [KBS]


As a series of bullying accusations against celebrities rages on, the Korean entertainment industry is experiencing more setbacks as many projects involving accused stars are postponed or canceled.

KBS series “Dear. M” was set to air its first episode on Friday, starring actor Park Hye-soo as its lead, but was indefinitely postponed after Park was accused by multiple people of school bullying and became involved in a legal battle.

Other plans involving the cast of “Dear. M” appearing on a KBS radio show and TV program “You Heeyeol’s Sketchbook,” as well as a press conference, have all been canceled.

Plans have been altered for actor Jo Byung-gyu as well after being accused of physical assault, verbal abuse and taking money from his former schoolmates. Jo was cast as a co-M.C. with TV personality Yoo Jae-suk on upcoming KBS entertainment show “Come Back Home,” but filming for the show has been postponed after the allegations surfaced.

Boy band Stray Kids member Hyunjin was accused of verbal assault and sexual harassment, resulting in his absence from a performance for the MBN Y Forum 2021 on Wednesday.

Hyunjin eventually posted an apology via his agency JYP Entertainment on Friday. Hyunjin has been an M.C. on MBC’s music program “Show! Music Core” since 2019, but his position will be replaced by Yeji from girl group ITZY this Saturday.

“We concluded that now is not a good time to continue Hyunjin’s schedules, so we have postponed them. We will decide his future appearances depending on the situation,” said JYP Entertainment.

Girl group (G)I-DLE member Soojin was also scheduled to make a guest appearance on the Naver Now live show “Gossip Idle” on Feb. 23, a plan that has been canceled after she was accused of bullying as well.

On Friday, boy band Monsta X member Kihyun wrote an apology on the band’s online official fan club. His agency is firmly denying the accusations and will file law suits against the accuser.

More allegations continue to surface on Korean online communities such as Nate Pann.