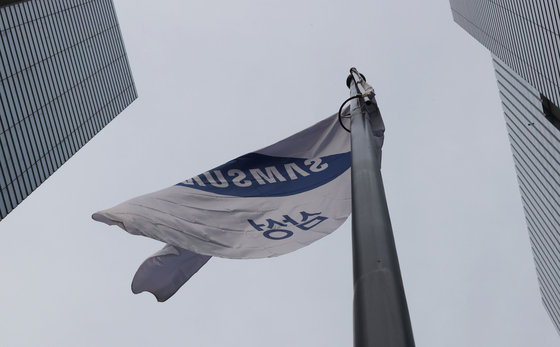 Samsung Electronics' logo on a flag at the company's headquarters in Seocho-dong, Seoul. [YONHAP]


Samsung Electronics’ possible expansion of its plant in Austin, Texas is creating a buzz.

According to electronics industry sources, Samsung on Feb. 18 submitted a proposal to the Austin city government asking for property tax reimbursement for 20 years in exchange for a large-scale investment that will create jobs and other economic benefits.

Currently, the Austin local government offers a 10-year tax reimbursement for investments at the most.

Samsung is reportedly considering a $17 billion expansion of its existing semiconductor foundry.

It has been reported by local and U.S. media that the $17 billion investment would create 19,873 jobs. Additionally, once the plant is expanded, 3,000 additional employees are expected to be needed to operate and manage it.

The investment is expected to have an economic impact of $8.6 billion.

$17 billion would be the largest single investment in Texas, exceeding investments by Tesla in 2020 and Apple in 2018.

According to a report by Reuters on Feb. 5, Samsung plans to expand its foundry on 640-acres of land, which will break ground in the second quarter of this year and start operating in the third quarter of 2023.

The tax reimbursement is a sensitive issue for the Korean chip maker, as taxes could be a significant part of the operating costs.

The tax reimbursement it is asking for is estimated to be worth $805.5 million.

For foundry production, Samsung competes with Taiwan Semiconductor Manufacturing Co. (TSMC), which currently ranks top in the global foundry market with a market share of 54 percent

According to market researcher TrendForce, Samsung is No. 2 with a market share of 18 percent by revenue.

It has been reported that if Austin denies Samsung’s tax request, the company will review other candidates for the production including Arizona, New York and even Korea.

Samsung Electronics’ plant in Austin was built in 1996 and covers a 1.2 million square-meter area. It has 3,000 employees. The main products manufactured are system semiconductors and application processors.

The company so far has invested $18 billion in the facility.

The company’s plant in Austin, however, has been halted since Feb. 16 due to cold weather.