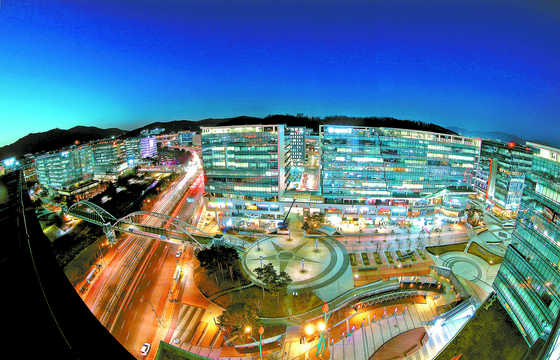 View of Pangyo, Gyeonggi, where many local IT companies are located. [JOONGANG PHOTO]


A man who had been working as a developer at an IT company for seven years moved to an e-commerce company last year. He received a signing bonus of about 70 million won ($62,400).

His salary also increased by over 10 percent.

“I was offered with a position from many different companies but chose the current company after much consideration,” he said.

Korean IT companies are scrambling to raise employee salaries to secure the best talent in the country.

The gaming industry, which is about 15 trillion won in size, is the most enthusiastic sector.

In early February, game companies Nexon and Netmarble announced they would raise the salaries of all employees by 8 million won.

On Feb. 25, Krafton CEO Kim Chang-han said the company will raise the pay for developers by 20 million won.

“IT companies used to focus on operating projects in the past but now concentrate on securing talented developers,” Kim said. “Talented developers have now become the major driving force behind company competitiveness.”

A man who worked as a game developer at a game company quit his job last year. But according to him, the company recently request he return and offered a pay raise of 10 million won. 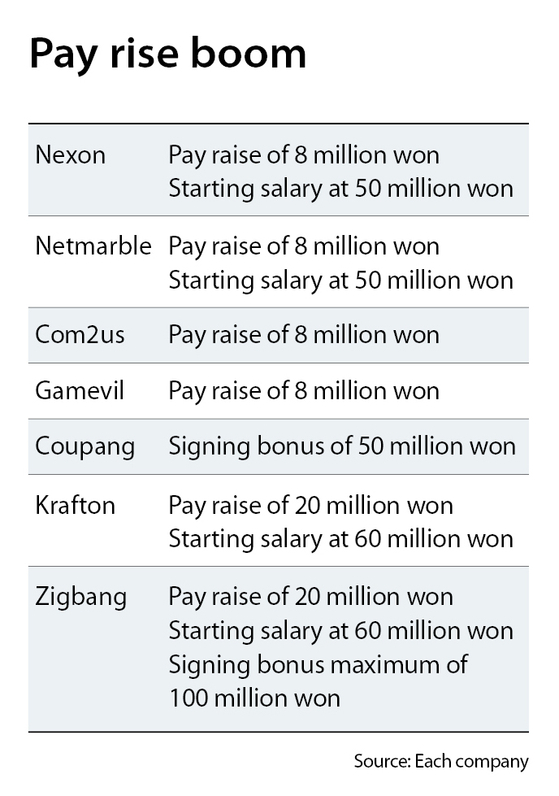 Developers write lines of codes. They are able to understand programming languages such as C, C++, C# or Java.

Some older developers are now leading companies. Song Jae-kyung, who co-founded Nexon and developed popular online games "Kingdom of the Wind" and "Lineage," established XL Games. Krafton CEO Kim Chang-han was one of the developers who created PlayerUnknown’s Battlegrounds.

Despite the rise in pay, the country is still suffering from a shortage of developers.

According to Software Policy & Research Institute, some 47.9 percent of domestic software companies said a “shortage of qualified talent” is the biggest difficulties in the industry.

There are only some 136,000 developers in Korea, according to Ministry of Science and ICT.

“The company is looking for talent fluent in English but all the candidates barely speak English,” said an anonymous source from a local IT company.

Experts say the country’s education system is the largest reason for the shortage of software developers. Korean universities fall behind foreign universities in terms of fostering developers.

At Stanford University in Untied States, students in the computer science department increased to 745 this year from 141 in 2008.

At Seoul National University, only 70 are in the department.

“Even if the country can foster 300,000 software developers in the next five years, it’s still insufficient,” said Cho Hyun-jung, chairman of BIT Computer, which has been operating software education center since 1990. “Increasing the enrollment quota [of computer science and engineering department] in universities is urgently needed at the moment.”