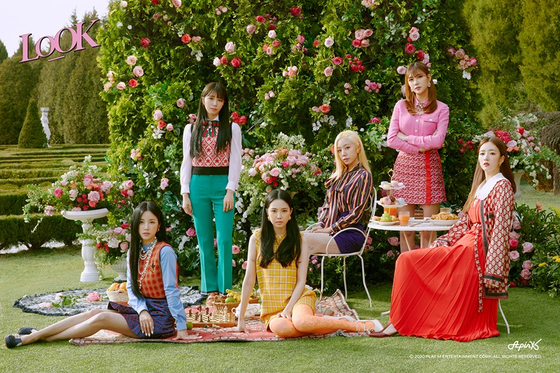 A photo of Apink released to promote its upcoming online exhibit in March to celebrate the group's 10th anniversary coming in April. [PLAY M ENTERTAINMENT]


Girl group Apink is celebrating the 10th anniversary of its debut with a special exhibition.

An online exhibit titled “Pink Carnival” as well as a pop-up store will open from March 3 to 28, according to the group’s agency Play M Entertainment on Monday.

A teaser image released on the same day features a photograph of all six members taken to commemorate the 10th anniversary. Apink's actual anniversary falls on April 19.

The online exhibit will comprise content from the past 10 years, allowing fans to travel back in time. It will include materials related to previously released albums as well as the voices of each member offering detailed explanations. Fans will be able to leave comments in a virtual guest book.

The pop-up store will sell items to commemorate the anniversary, including a 10-year celebratory magazine.