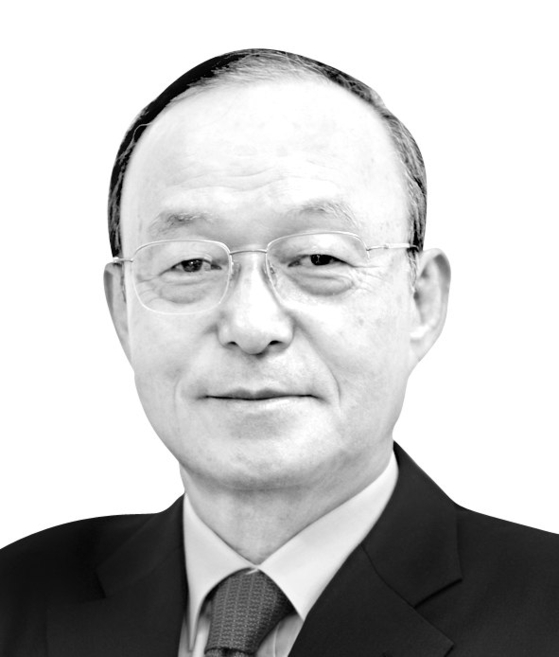 Song Min-soon
The author is a former minister of foreign affairs.


The world is eager to know more about the Korea Peninsula policy of the Joe Biden administration, particularly how it will handle the North Korean nuclear issue. The amount of energy it will spend on North Korea policy will depend on its priorities, its willingness to accept the North’s demand for a security guarantee and China’s help in persuading the North to cooperate. Taking into account the current situation in the United States, North Korea policy is not ranked high on anyone’s priority list, and Washington has limited options to present. There is little room for the United States to make a compromise with China.

The Obama administration was seen as maintaining a passive attitude to international conflicts, rather than assuming an active attitude. Its “strategic patience” with the North Korean nuclear threat and its responses to China’s construction of an artificial island in Southeast China Sea and Russia’s invasion of Crimea are examples.

Today, U.S. options are even more limited. Although Biden says, “America is back,” many are worrying that his foreign policy will be a repeat of Obama’s. It is possible that the South will have to deal with a more serious nuclear issue after four years.

South Korea desperately needs a new attempt to resolve the nuclear crisis. And yet, the Moon Jae-in administration reiterates the mantra that “North Korea has a clear will to denuclearize in return for a security guarantee.” The government must clarify what the North means by “denuclearization” and “security guarantee.” If it just stresses Pyongyang’s determination to denuclearize, it’s telling only half the truth. A half-truth can be worse than a lie.

North Korean leaders and negotiators have argued that denuclearization of the Korean Peninsula was the dying instruction of founder Kim Il Sung. In other words, denuclearization of the Korean Peninsula means that nuclear umbrellas for both South and North should be removed at the same time. For a security guarantee, North Korea demands that sanctions be lifted and diplomatic relations be established with the United States. Economically, the North demands support for reconstruction, and militarily, the North demands that the U.S. Forces Korea be withdrawn from the South.

Let’s examine if these terms can be met. The establishment of North-U.S. relations and a lifting of sanctions are possible in return for nuclear dismantlement. Economic support also can be offered by South Korea. But the withdrawal of the U.S. Forces Korea goes beyond the realm of a security guarantee. It would create a tectonic change in Northeast Asia. Therefore, the North’s dedication to denuclearization can be proven — and the nuclear negotiation become simpler — if Seoul can draw an agreement on the maintenance of the U.S. Forces Korea from Pyongyang.

And yet, North Korea consistently opposes U.S. strategic asset deployments to the peninsula and demands U.S. troops be pulled out. A blind belief that denuclearization and peace will be achieved by placating North Korea is like believing that sailing toward the North Star will actually get you to the star.

When North Korea was still trying to develop nuclear arms, there were expectations that negotiations would slow down its progress. But the North crossed the threshold of being a nuclear power in 2006. Sensing the dramatic change before his inauguration, Biden’s team changed the goal from complete dismantlement of the North’s nuclear weapons to arms reduction.

It is possible that the United States will use its negotiating experience with Iran in 2015 to manage the North’s nuclear program with a four-party or a six-party framework. North Korea, which has completed its nuclear arms program, is different from Iran. Before our leverage weakens any further, we must expand our options.

First, we must change course in the negotiation drastically. We must accept the North’s political and economic security guarantee demands, except for the U.S. Forces Korea’s withdrawal, in return for the North’s complete denuclearization. If North Korea refuses to dismantle its nuclear programs, we must come up with a justification for the next course of action.

Second, we must find ways to strengthen the reliability of the U.S. nuclear umbrella. It can include establishment of a Nuclear Planning Group for Asia. But even if U.S. tactical nuclear weapons are redeployed here, it has limits as the final decision to use them will be left to the U.S, as we have seen in the case of the NATO. Still, it has a symbolic effect.

Third, we need to nourish our independent nuclear capabilities. We don’t need to develop nuclear arms right away, but it should remain an option when all other means fail. As the boundary between civilian and military uses of nuclear energy is thin, we need to invest in supporting scientists and promoting their research.

Though Japan and Germany are both under the U.S. nuclear umbrella, they have a number of nuclear experts and reprocessing and enrichment facilities. That means a lot. A crusade to dismantle nuclear facilities with a nuclear phase-out campaign as Moon vowed — and discouraging nuclear research is simply off track.

Keeping open the option of independent nuclear development will allow South Korea to augment its leverage as a concerned party. It is also crucial for South Korea to be responsible for its own national security. Such options are not mutually exclusive; they are complimentary. We should use a parallel strategy to untie the Gordian knot.