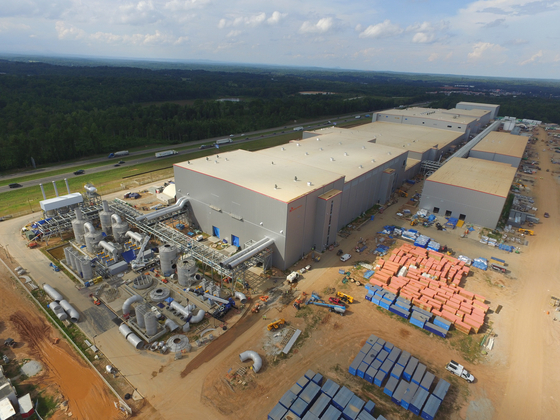 SK Innovation sent a request to the White House to overturn a ruling that could prohibit the importation of the company's battery products to the United States for 10 years.

The oil refiner and battery maker confirmed Tuesday that it recently met with officials of the U.S. Trade Representative (USTR) to push for the intervention to protect a massive battery plant originally set to begin operation this year.

The two sites were supposed to create 2,600 jobs combined. But the prohibition on SK Innovation could put those investments and jobs at risk, SK Innovation told the USTR.

SK Innovation is claiming that the prohibition would prevent the operation of the Georgia plant as the company would not be allowed to bring in raw materials and key components from Korea.

The presentation to U.S. officials was made during a 60-day review period following a ruling from the U.S. International Trade Commission (ITC) last month.

On Feb. 10, the government body closed a two-year investigation in favor of LG Chem, Korea's largest battery maker, in a case where SK Innovation was accused of stealing trade secrets for lithium-ion batteries.

Having lost the suit, SK Innovation was ordered to halt battery exports to the U.S. for 10 years. The company was allowed to fulfill its battery supply contracts with Ford and Volkswagen for four and two years, each.

One way the ruling could be overturned is a veto from the U.S. President. SK Innovation and LG Chem both met with USTR officials and submitted documents last week, each supporting their side of the story. According to an SK Innovation spokesman, the USTR's review is standard procedure. The next step would USTR delivering comments and documents to President Biden.

Last week, the White House issued an executive order to conduct a review on supply chains for key industrial materials, including electric vehicle batteries, and address vulnerabilities for U.S. firms. According to U.S. media outlets, the drive is backed by intention to boost domestic production.

As for SK Innovation and LG Chem, another possible resolution would be the two parties reaching an agreement which could automatically nullify the order against SK Innovation. However, local media outlets have reported the two have been unable to narrow down differences regarding the volume of settlement.