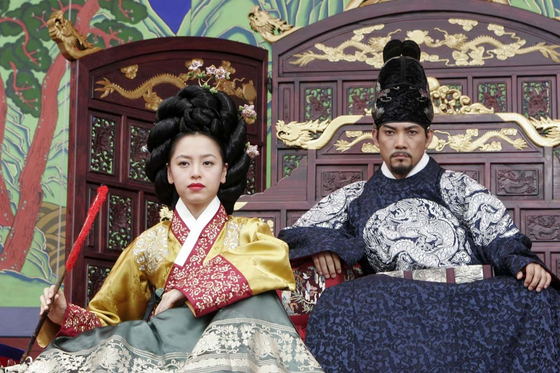 
The royal concubines of the Joseon Dynasty (1392-1910) are one of the most popular sources for storylines for Korean periodic dramas and films. Whether based on true accounts of history or simply taking inspiration, the idea of a beautiful young woman moving up the social ladder solely based on the king’s affection and engaging in a secret battle for power is guaranteed to grab audiences’ attention.

The first detailed recording of a king’s concubine in Korean history dates back to the Goryeo Dynasty (918-1392). The concubine system was formally instituted in the Joseon era due to the conservative Confucian culture, which dictated a strict rule of chastity for women, according to the Encyclopedia of Korean Culture. Any woman working in the palace who caught the eye of the king could become a concubine, so it is likely there were many concubines that were not recorded in the official books. Concubines were given one of eight ranks and placed under the queen. 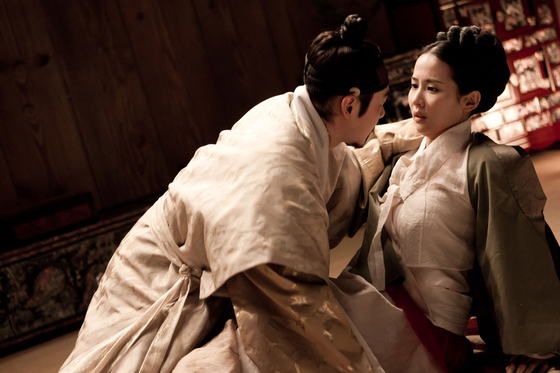 
Some of Korea’s most successful dramas such as MBC’s “Dong Yi” (2010), KBS’s “Jang Hee-bin” (2003) and SBS’s “Ladies of the Palace” (2002) and film “King and the Clown” (2005) feature characters' playing royal concubines controlling the king with their feminine — but often devious — charms. In many of these works, the concubine is depicted as exerting political power through the king, such as changing policies or giving money and power to the people on her side. 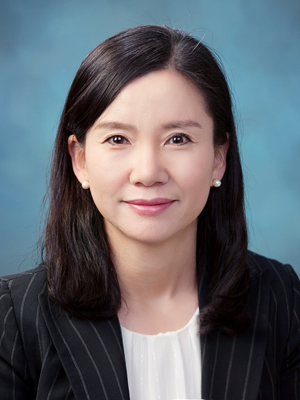 “Many think of the image of an enchantress who’s preoccupied with the royal veiled enmity when they think of a Joseon era concubine, but I wanted to relinquish that stereotype,” said Lee.

Lee sat down with the JoongAng Ilbo, an affiliate of the Korea JoongAng Daily, for an interview on her latest book to talk more about the secrets of the Joseon palace. The following are edited excerpts.


One stereotype of the royal concubines is that they’re from poor families, taking the examples of Jang Hee-bin and and Jang Nok-su, while the queens are from aristocratic families. Is that true?


No, it is not. The concubines were divided into gantaek concubine and bigantaek concubine [gantaek means to be selected as the royal spouse for the king and bigantaek means chosen through means other than gantaek]. The former entered the palaces through an official set of steps while the latter are outside females such as gisaeng [female entertainers] or female servants made concubine due to seungeun [bedding the king]. To select a gantaek concubine, the palace set up a special institution for the task, just as was the case for a crown princess or a queen.

So in many cases, concubines came from powerful families of the time. For example, concubine Myeongui Gungju Choi [date of birth and death unknown] of King Sejong [1397-1450] came from the Choi family, one of Joseon’s founding families. Her father was a high-ranking official who had been named the head of Pandonnyeong [an office overseeing the families of the king and queen]. Concubine Sukui Nam [date of birth and death unknown] of King Seongjong [1457-1495] was the granddaughter of a jaesang [equivalent to modern-day prime minister]. In the early days of Joseon, kings had to become closer to powerful nobles to secure their reign and the concubine system was readily used as the means to do so.


But weren’t Jang Hee-bin and Jang Nok-su from poorer families?


They were bigantaek concubines. In the earlier days, a female servant or gisaeng mostly became concubines, but later in history daughters of jungin [middle-class] families or the second-born child of an aristocratic family also sought the position as a means for their social escalation. Jang Hee-bin was from a jungin family that produced a lineage of yeokgwan [interpreters]. But her grandfather had accumulated riches through trade, which made it possible for her to get support from the royal family and Namin [late Joseon political party] forces. Gyeongbin Bak from “Ladies of the Palace” was born from a father who served as a soldier in the royal army. 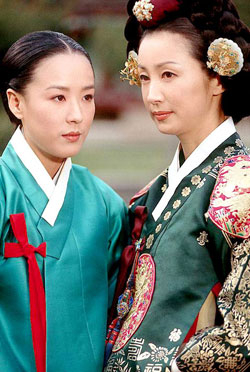 Why is it that concubines are often depicted as evil and psychotic?


It’s because they were only used to amuse the public. Queen Hyeondeok [1418-1441] of King Munjong [1436-1441] started off as a concubine then made her way to queen, but was praised as a wise and virtuous woman. The male-centered view of history also plays a part, which liked to depict certain concubines as being political or ill-mannered. Jang Hee-bin is the only case in which a concubine came from a non-noble family and became queen. Ironically, King Sukjong changed the law so that no concubine could ever become a queen after she was dethroned. Afterward, noble families became reluctant to send their daughters to become concubines, because the possibility of ascending to the throne was zero. 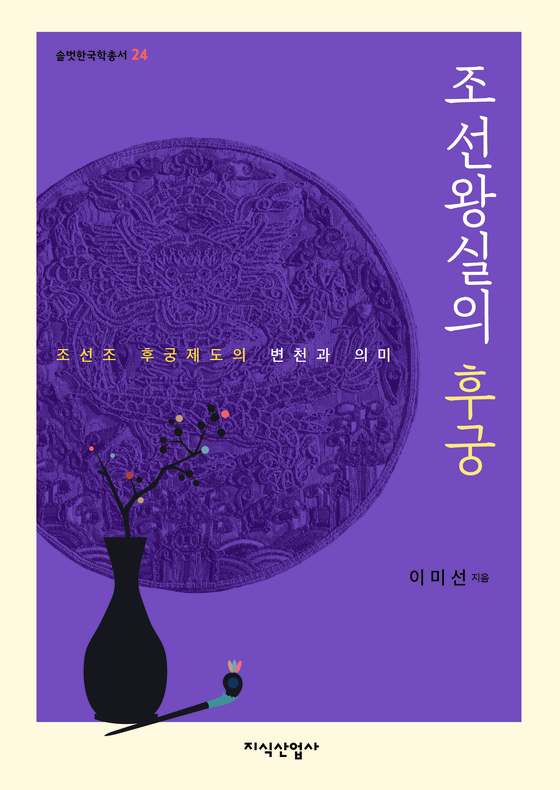 “The Concubine of the Joseon Dynasty” is a comprehensive survey on 175 concubines of the Joseon (1392-1910) palace to the 27 kings. [JISIK SANUP PUBLICATIONS]

Did concubines often get involved in politics?


Yet again, it comes back to the case of Jang Noksu, Gim Gae-si [?-1623, concubine of Gwanghaegun] and Jang Hee-bin, but these were all bigantaek concubines. These people were mainly from the 16th and 17th century, when Joseon was undergoing dynamic change both socially and politically. Events such as the Revolution of King Jungjong [1506] or the Revolution of King Injo [1623], the political wars and their aftermaths resulted in concubines playing the roles of a middleman between the king and the opposing forces, which is also the reason why the concubines of Yeonsangun and Gwanghaegun [1575-1641] were removed from their thrones after a revolution by the overthrowing forces took power. But after King Sukjong, the restrictions on the concubines became so severe that their political influences virtually disappeared.


How were the concubines treated?


A gantaek concubine could be titled from Jeong 1-pum [first rank in the primary class] to Jong 2-pum [second rank in the secondary class] and a bigantaek concubine could be titled from Jeong 1-pum to Jong 4-pum. When they gave birth to a royal baby they were given a house outside the palace and land of more than 200 gyeol [approximately 15,000 square meters], which is a reward higher than that for high-ranking male officials. The female servants were ranked from Jeong 5-pum to Jeong 9-pum and were all potential concubines. They were paid a steady salary. King Yeongjo’s [1694-1776] mother Sukbin Choi [1670-1718] was a case of the lowest ranking female servant climbing to Jeong 1-pum ranking.