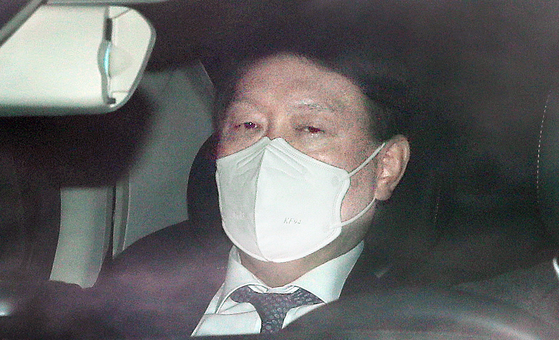 
Prosecutor General Yoon Seok-youl on Monday lambasted plans by the ruling party in the National Assembly to establish a new state agency to take over investigative powers from the Supreme Prosecutors' Office, calling it "the regression of democracy and the destruction of the spirit of the Constitution."

“The bill currently being pursued is tantamount to breaking up the prosecution service and destroying the rule of law under the pretense of democracy,” Yoon said in an interview with the Kukmin Ilbo.

Published on Tuesday, this was the first time Yoon has publicly expressed his position on the matter.

The ruling Democratic Party (DP) seeks to create the so-called Serious Crimes Investigative Agency under the Ministry of Justice to investigate six types of serious crimes, including corruption. The plan would transfer the state prosecution service’s current authority to investigate those crimes to the new agency and leave prosecutors with only the power to prosecute.

Prosecutorial reform is a key item in the core agenda of the ruling party, which has argued that the prosecution service currently wields too much power by having both the authority to investigate criminal cases and the exclusive right to indict.

The creation of a new investigative agency is in tandem with the DP’s desire to diminish the power of the prosecution service, which has long been accused of meddling in politics through its investigations of top political figures in previous and current administrations.

“As someone in public office, I could not stand by and say nothing,” Yoon said in the interview. “This is no attempt to merely shake up the prosecution service — it is a ploy to abolish it altogether.”

Last year, Yoon was involved in a monthslong battle with former Justice Minister Choo Mi-ae, who attempted to suspend him from his post twice. The attempted ousting is believed to have been motivated by Yoon’s decision to green-light investigations into high-profile figures of President Moon Jae-in’s administration, including former Justice Minister Cho Kuk, who had been pressured to resign.

Referring to his probes into cases which have embroiled allies of the Moon administration, Yoon said, “Before they came to power, they applauded prosecutors. If they are resentful now because we also investigate the members of the current government, there is nothing more to say.

“Since the prosecution service would not bend to pressure, the forces in power now seek to take the sword out of our hands and kick us out. Because we would not stray from the same, steady path of principle that we follow, they are using a bulldozer to dig out the road entirely."

At an emergency response committee meeting of the main opposition People Power Party (PPP), the party’s floor leader Joo Ho-young declared that the new investigative agency would be “a tool to not only destroy the separation of powers enshrined in the Constitution, but also open the way to a state of complete dictatorship and corruption.”

Joo added, “By abolishing the prosecution service and creating a state investigative agency full of people [the ruling party] want, they intend to grasp and hold onto the power of investigation."

Former prosecutor and National Assembly Rep. Kwon Young-se of the PPP wrote in a Facebook post, “The reason for creating a new state investigative agency is simple: By weakening the prosecution service, they could cover up their own public and private crimes from the past four years.”

In response to Yoon’s public comments about the planned establishment of a new investigative agency, a Blue House source said, “The National Assembly will gather public opinion on the planned reform of the prosecution service and exercise its legislative authority accordingly. The prosecution service should respect the National Assembly and make its position clear through the established procedure.”

Meanwhile, recently appointed Justice Minister Park Beom-kye said he was open to meet with Yoon to discuss the issue.

On the way to his office Tuesday at the government complex in Gwacheon, Gyeonggi, Park told reporters, "I am aware of concerns among members of the prosecution service on the separation of investigative and prosecutorial powers.

“I know that there are various proposals being raised within the prosecution service, and I look forward to hearing opinions whenever I can visit."