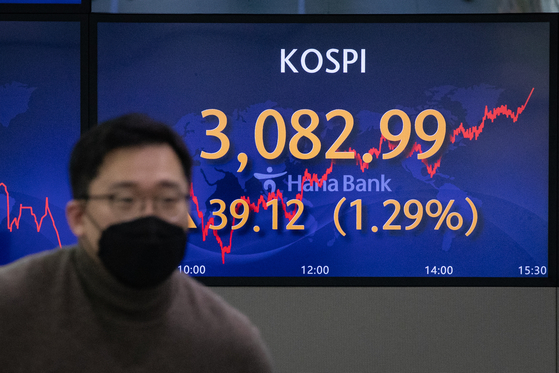 
Stocks finished higher Wednesday on strong institutional buying amid mixed prospects of a post-pandemic recovery. The won rose against the dollar.

Gains accelerated in the afternoon, led by strong gains by steel and tech stocks.

"Investors' optimism seems to have increased [after Guo's soothing comment] that [Chinese] regulations would not be so strong as to hinder the economy," he said.

The local currency closed at 1,120.3 won against the dollar, down 3.7 won from the previous session's close.