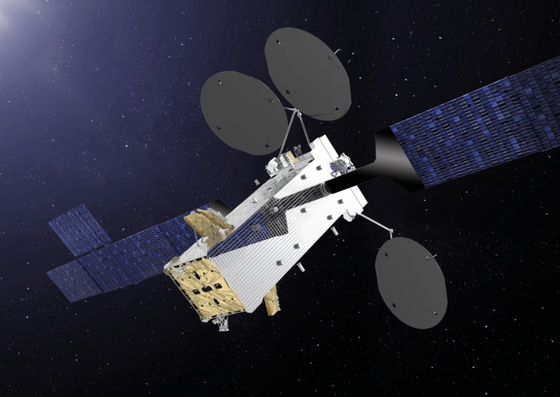 An image of a satellite to be manufactured by Thales Alenia Space. [THALES ALENIA SPACE]


The Korea Development Bank (KDB) said Wednesday that it has committed $126 million to finance a satellite project led by the Indonesian government.

The commitment was part of a $431 million project financing deal signed by the state-run bank as well as other partners including HSBC, Santander Bank and the Asian Infrastructure Investment Bank on Feb. 25.

The KDB said it is the first local financial company to finance a satellite project.

The satellite project is supposed to narrow the digital divide in Indonesia.

France-based Thales Alenia Space will design and manufacture the satellite, which is dubbed Satria. U.S. rocket launcher SpaceX will launch it.

Satria, a geostationary telecommunications satellite, will be fitted with a 5G digital processor, according to Thales Alenia Space.

Under the $545 million worth Indonesian space project, PSN plans to launch the satellite by 2023 and operate it for 15 years.

Creativity and innovation is key (KOR)