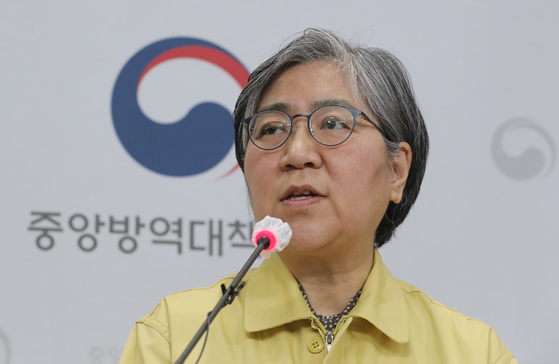 
Two people died after getting AstraZeneca vaccines, the first such deaths in Korea.

A man in his 50s who was hospitalized at a long-term care hospital in Goyang, Gyeonggi, was administered the AstraZeneca vaccine on Tuesday, according to the Korea Disease Control and Prevention Agency (KDCA).

A man in his early 60s hospitalized at a long-term care hospital for the elderly in Pyeongtaek, Gyeonggi, was administered the same vaccine on Feb. 27.

He started running a high fever 33 hours after the shot and his condition alternately worsened and improved before he died at 10 a.m. Wednesday.

The KDCA said both men had underlying illnesses, which they did not specify due to requests from relatives.

It had yet to determine if the vaccinations caused the deaths.

“Epidemiologists are investigating the causes of death,” said Jung Eun-kyeong, commissioner of KDCA in a press briefing on Wednesday. “We will share their results as soon as possible.”

Jung added that there have been hundreds of deaths reported following vaccinations in other parts of the world, but that none of them were found to have been directly caused by the vaccinations.

Korea started administering Covid-19 vaccines on Feb. 26, beginning with AstraZeneca shots to patients and health care workers under the age of 65 at nursing homes and other high-risk facilities. The first Pfizer vaccines were administered to frontline Covid-19 medical workers that same weekend.

Of them, 207 suffered minor side effects such as headaches, fever and nausea.

They included three who were reported to have shown symptoms of an anaphylactoid reaction, which is one kind of anaphylaxis, an allergic reaction. The three were given AstraZeneca vaccines.

“There are three types of anaphylaxis, and only one of them, anaphylactic shock, is considered severe,” said Cho Eun-hee, an official in charge of the chronic disease control bureau of the KDCA. “The three patients were reported to have shown symptoms of anaphylactoid reaction, which is a type of allergic reaction that does not rise to such a severe level as to cause shock.”

Of the three, two recovered and were discharged from hospitals as of Tuesday, KDCA said.

The KDCA said that it will continue the Covid-19 vaccinations, and advised even people with underlying conditions to get them if they are health care workers or patients under the age of 65 at nursing homes and other high-risk facilities.