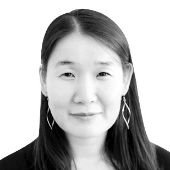 Myung Hyung-ju
The author is CEO of KRM News in Israel.

A person receives a pizza after getting a dose of the Pfizer-BioNtech Covid-19 coronavirus vaccine, at Clalit Health Services in the Israeli city of Bnei Brak, home to many ultra-orthodox Jewish residents, near Tel Aviv on Feb. 15, 2021.Myung Hyung-ju
The author is CEO of KRM News in Israel.


As of the end of February, 4.69 million out of the 9.3 million Israeli population, or 46.9 percent, got their first shot against the coronavirus. And 3.32 million of the vaccinated group have already gotten their second shot. Behind the successful vaccination campaign in Israel are many factors, such as thorough preparation by the Israeli government and its effective medical system.

Among those factors, Prime Minister Benjamin Netanyahu’s diplomatic competence and ability to cope with the pandemic stood out. He immediately mobilized the Mossad under the office of the prime minister after the Covid-19 outbreak in March. Mossad, the Israeli intelligence agency, helped the government get medical supplies, such as ventilators, face masks and test kits from foreign counties with no diplomatic relations with Israel.

After Pfizer vaccines were expected to get the first approval from the U.S. Food and Drug Administration (FDA), the Israeli government proposed to pay twice the price offered by the European Union. The government even proposed providing sensitive information about the age and sex of Israeli patients to Pfizer. In return, Pfizer promised to supply its vaccines until 95 percent of the Israeli population is inoculated. After Israel secured enough Pfizer vaccines, the government postponed the use of AstraZenaca vaccines in consideration of possible ineffectiveness on older people.

Israel’s aggressive effort to secure Covid-19 vaccines allowed the country to engage in “vaccine diplomacy.” Early February, Israel sent its excess vaccines to Honduras, Guatemala and the Czech Republic, which in the past helped Israel diplomatically. Israel also used vaccines as a means to help bring back its citizens taken hostage in Syria.

Prime Minister Netanyahu tries to find ways to produce Pfizer and Moderna vaccines in Israel on a contract basis. After obtaining sufficient Covid-19 vaccines, he kicked off a proactive campaign to inoculate the people. Netanyahu and President Reuven Rivlin got the first jabs to help ease the public’s concerns about mRNA vaccines, a new type of vaccines to protect against infectious diseases. Medical staff visited nursing homes across the country to inoculate the elderly. The government also set up inoculation centers in parks and entertainment facilities across the nation.

Israel also allowed a number of citizens, who had finished the required vaccination, to use sports facilities, hotels and performance halls without restriction after creating the “Green Pass” system. At the same time, the government pushed for a bill that would ban unvaccinated people from reporting to work and make it mandatory for educators to get vaccinated. Despite concerns about infringement on freedom, Israel aims for herd immunity by the end of March.

However, Israelis often stop short of following their government’s restriction rules, a noticeable difference with their Korean counterparts. Israel was the first country that shut down its border in the early stages of the pandemic. Nevertheless, Israel failed to control the spread largely because of reluctance to follow quarantine guidelines.

Another reason for the spread in Israel is the large-size families oforthodox Jews and Arabs in Israel. As a result, it is difficult to curb the spread. As over 3,000 daily cases occur even now, medical professionals are worrying that the vaccination will result in citizens lowering their guard.

It is regrettable that Korea lagged far behind advanced countries in securing vaccines. I hope the country achieves success in inoculating the people against the virus after taking into account Israel’s experiences.