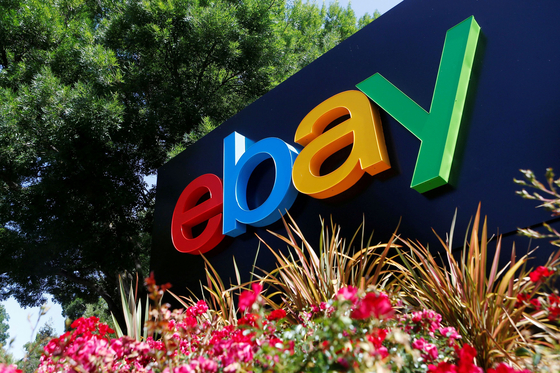 An eBay sign at an office building in San Jose, California. [REUTERS]


Kakao is exploring the purchase of eBay Korea, which is expected to cost the successful buyer 5 trillion won ($4.4 billion).


The potential acquisition by the internet company could disrupt the current e-commerce landscape dominated by Naver and Coupang, with the possibility of Kakao overtaking Coupang, which is set to list in New York soon, in terms of transaction volume.


“We are considering [acquiring eBay Korea],” the spokesperson said, “But nothing has been decided.”


Multiple media outlets reported on Thursday that Kakao, retail groups Shinsegae and Lotte and a number of private equity firms received an information memorandum (IM) that details the asset ahead of the preliminary bidding set for this month.


The process is at an early stage, and the acceptance of the document doesn’t necessarily translate into a formal bid.


“We only received the initial document, but it doesn’t seem that any discussion is going on internally about the purchase,” a spokesperson at Shinsegae told the Korea JoongAng Daily.


Lotte Shopping said much the same, adding that nothing has been determined.


Media speculated that Hyundai Department Store Group is interested, but the company denied the reports.


“We’ve neither obtained the IM document nor intend to take part in the bidding,” a public relations official at the retail group said.


The Korean unit of San Jose, California-based eBay is the third largest e-commerce player in the country, with online shopping malls Gmarket, G9, and Auction.


Total transactions made through eBay's websites in Korea stood at 19 trillion won as of 2019, which is around 14 percent of total online transactions.


The strong presence could boost the appeal of the target for the companies seeking to scale-up their online shopping businesses.


“Kakao’s entry into the bidding will make a significant impact and could shake up the e-commerce industry dominated by Naver and Coupang,” said Kim Hyun-yong, an analyst at HMC Investment & Securities.


“The acquisition of eBay Korea will immediately push up Kakao’s total annual transactions to 25 trillion won, slightly higher than Coupang’s and on par with Naver,” he said.


Kakao’s cash reserves are estimated to be around 3 trillion won, according to Kim.


The operator of KakaoTalk doesn’t have a separate online shopping platform. It runs an e-commerce business on the messenger platform.


KakaoTalk’s gift service is used to send a wide variety of items, like coffee coupons and pricier gifts, like luxury brand cosmetics and health supplements.


Kakao Commerce recently gained traction as many turned towards the service for birthday celebrations in the contactless era during the pandemic.


The company’s e-commerce sales grew 71 percent in the fourth quarter.

eBay Korea puts 'Smile' on users faces with its services