From red ginseng to apple jam, it's available in a sachet

From red ginseng to apple jam, it's available in a sachet 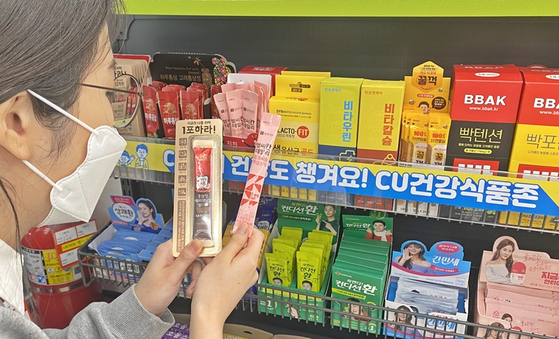 A woman shops for health supplements packaged in sachets at a CU. [BGF RETAIL]


A 41-year-old office worker often stops by a convenience store to get red ginseng extract packaged in a sachet. He said they are useful when he has a bad hangover or feels very tired in the morning.

“Taking health supplements regularly is too cumbersome, so I instead purchase red ginseng extract packaged in a sachet whenever I stop by at a convenience store,” the man said. “I feel like I’m becoming healthier with just small amount of money that cost the same as a cup of coffee.”

“These days, we display sachets of health supplements near the cashiers instead of gum or candy,” said a spokesperson for convenience store chain CU.

CU currently sells some 20 different types of health supplements packaged in sachets, also known as stick pouches, including collagen and vitamins, and their sales in February jumped 68 percent compared to same month a year earlier. 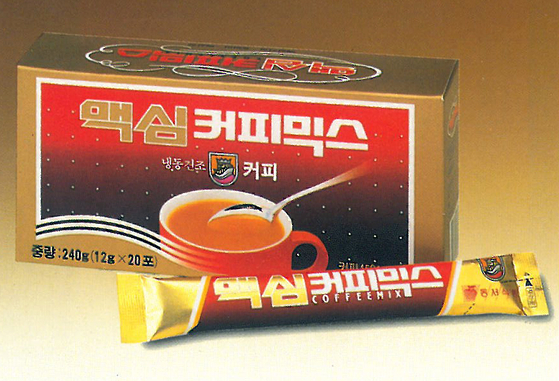 
This comes six years after the company introduced its first stick pouch-style red ginseng product Korean Red Ginseng Extract Everytime in 2012. The product went vial since it appeared in many popular Korean dramas and TV programs. The cumulative sale of the product was some 3 million in 2013, but rose to 110 million in 2017 and reached some 200 million as of 2019.

According to Korea Ginseng, more than half of its exports to China and United States are products packed in stick pouches.

“As customers can purchase those stick pouches by a stick, it's cheaper,” said a spokesperson for Korea Ginseng. “Many people in their 20s and 30s like it due to its convenience of portability and consumption.”

As the number of single-person households has been increasing constantly, food companies are scrambling to release products that are packaged in stick pouches.

The origin of stick pouch-style food in Korea is Maxim coffee mix, which was introduced by Dongsuh Foods in 1987.

“About 13 billion stick coffee products were sold last year,” said a spokesperson for Dongsuh Foods. “We’re always trying our best to come up with safer and more convenience stick products.”