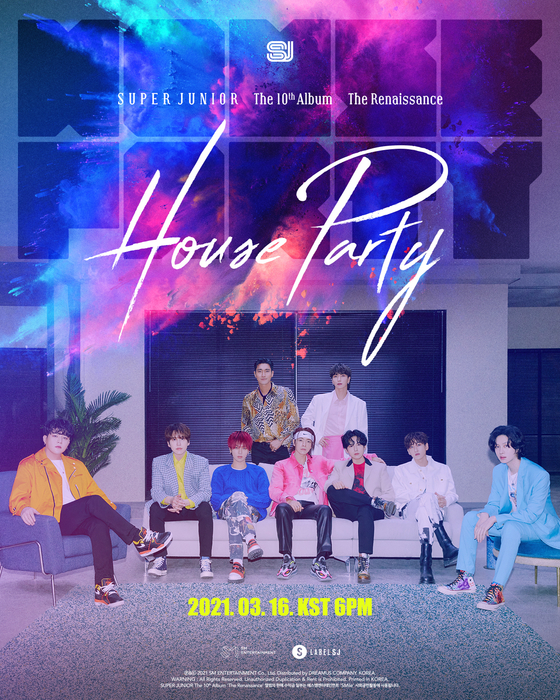 
Super Junior will release its 10th full-length album “The Renaissance” on March 16, its agency Label SJ announced on Thursday.

The album was scheduled to drop in December 2020, but the boy band has postponed the release three times in order to perfect the quality.

The album features 10 tracks, including the lead song “House Party.” “House Party” is a disco track which humorously tells listeners to stay home during the Covid-19 pandemic, and not to forget the value of everyday life.

Yoo Young-jin, the famed producer who wrote numerous hits for K-pop artists including Super Junior’s hit song “Sorry, Sorry” (2009) and TVXQ’s “Catch Me” (2012), participated in writing the music and lyrics of “House Party.”