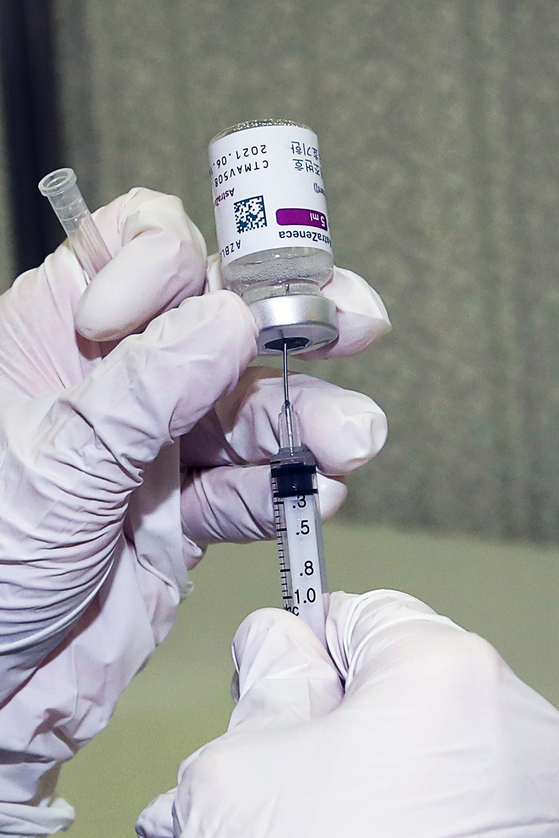 
Two people died after receiving AstraZeneca vaccines in South Jeolla on Thursday, and one in Daejeon.

A 52-year-old patient at a long-term care hospital in Jeonju, North Jeolla, was administered the AstraZeneca Covid-19 vaccine at 9:10 a.m. Tuesday. He died at 1:40 a.m. Thursday, the Jeolla provincial government said.

The patient was reported to have had underlying conditions, including a type of cardio-cerebrovascular disease, and had suffered a stroke in June last year.

A 58-year-old patient of a long-term care hospital in Buan County, North Jeolla, was administered the same vaccine on Wednesday at 11 a.m. He died at 2:15 a.m. Thursday, according to the Jeolla provincial government.

The patient was reported to have had heart disease and diabetes.

“Neither patient had shown any signs of severe reactions upon the administration of the vaccines,” an official of the provincial government told Yonhap News. “We will be examining both of the causes of death closely, but at this point there seems to be a low likelihood that the vaccinations directly caused them.”

A woman who was in her 20s and hospitalized at a long-term care hospital in Daejeon also died around 2 a.m. Thursday. She had been given the AstraZeneca vaccine.

Korea started administering Covid-19 vaccinations on Feb. 26, starting with patients and health care workers under the age of 65 at nursing homes and other high-risk facilities. The vaccines being administered are from AstraZeneca and Pfizer.

Two people died on Wednesday after administration of AstraZeneca vaccines, both of them patients with underlying conditions at long-term care hospitals in Gyeonggi.

Korea had a similar vaccination scare in October last year when at least 26 people given flu shots died. At the time, the KDCA, upon analyzing the autopsy results, said there was very little likelihood the deaths were caused by the flu shots, adding that Korea had 1,500 people aged over 65 die within a week of getting the flu shot in 2019.

The KDCA said Wednesday that it will continue the vaccination programs for the current target group, the patients and health care workers under the age of 65 at nursing homes and other high-risk facilities, and the medical staff members at hospitals focusing on Covid-19 treatment.

President Moon Jae-in, who had assured the public that the government will "vouch for the safety" of all vaccines administered in Korea in a Cabinet meeting earlier this week, will also be vaccinated soon, the Blue House said Thursday.

"The timing of the vaccination will be determined so that the president will be ready to travel for the Group of 7 summit in June," presidential spokesperson Kang Min-seok told the press Thursday.

As of Wednesday, a total of 154,421 people had been vaccinated, according to the KDCA.

Korea added 424 new cases of Covid-19 infections on Wednesday, of which 23 were imported.