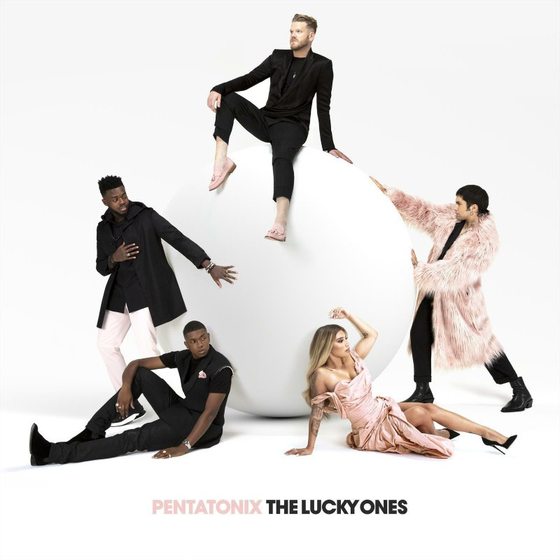 There's a new Pentatonix album, which leads to the question, "Didn't we already have Christmas?" And the answer: Yes, this isn't a Christmas set, despite the huge snowball on the album's cover.

"The Lucky Ones" marks the group's first full-length original album in six years. It's extremely well produced, veering more to mainstream, radio-friendly pop than their self-titled debut album. It shows a maturing sound independent of Christmas and popular covers of such songs as "Jolene" and "Imagine."

Members of the five-piece group — Scott Hoying, Mitch Grassi, Kirstin Maldonado, Kevin Olusola and Matt Sallee — have a songwriting hand in every tune. Matthew Koma, who has worked with Zedd, helps write the majority of tunes.

Unfortunately, they've picked one of the weakest songs to kick off the album — the vapid single "Be My Eyes" — which has a skeleton of an Enya tune and a grating chorus. It sounds dated and dusty.

Much better are "A Little Space," "Coffee in Bed" and "Side," which could all be on a Justin Bieber album. "Happy Now" is exuberant fun and the title track is super, when the five voices thrillingly meld.

The album has many textures, from the intimate "It's Different Now" to the soaring, arena-ready "Love Me When I Don't" and "Never Gonna Cry Again." It's also nice to hear Maldonado increasingly take lead vocal duties.

One interesting thing about Pentatonix this time out is an increased distancing from what made them famous: that choral of a cappella voices, what they cheekily on "Bored" boast of being as "so in synch you'd think we were psychic."

Much of "The Lucky Ones" follows a formula with a single dominant voice as a backbone and the five only combining softly in choruses, a big finish or in bridges. It's fine, often excellent — just maybe not what you might expect from a Pentatonix album.