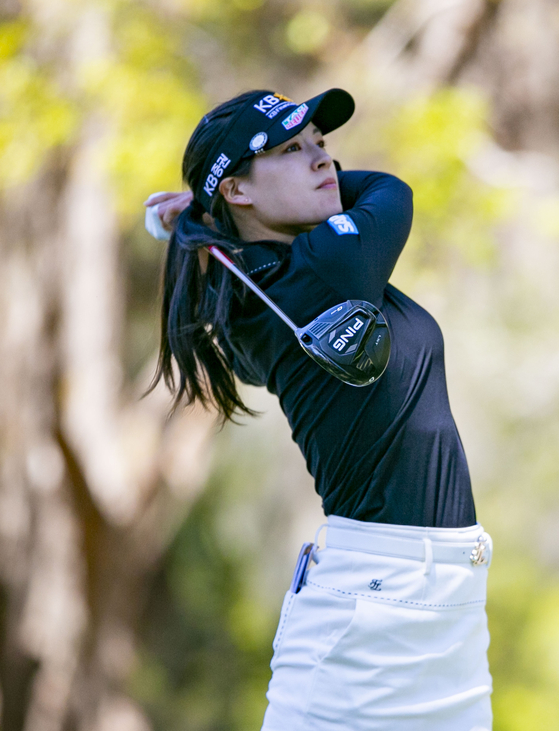 
Korean golfer Chun In-gee finished fourth at seven under par at the Drive On Championship, placing in the top 10 for a third consecutive tournament.

Chun signed a three-under 69 card with four birdies in the final round to shoot seven under overall at the LPGA Tour Drive On Championship in Ocala, Florida on Sunday.

A bogey on the par-4 13th took Chun back to three under, but she finished the tournament without losing a stroke on the remaining holes.

Chun ranked fourth with a total of seven-under 281, the best result among the Koreans competing.

After winning fourth place at the Diamond Resorts Tournament of Champions and tying for eighth at the Gainbridge LPGA, Chun has ranked in the top 10 in three consecutive tournaments, or every single event so far this season.

Based on this record, Chun appears to have broken out of her slump, as she had entered the top 10 only twice over the past two years since winning the KEB Hana Bank Championship in 2018.

In an interview after the tournament, Chun said, "I'm really satisfied [with] my game. I'm so glad I'm coming back, [I] enjoyed playing on the course and putting too."

The tournament was won by Austin Ernst of the United States, pulling away to beat Jennifer Kupcho by five strokes at 15-under 273 and winning her third LPGA Tour title. All three events so far this season have been won by American golfers.