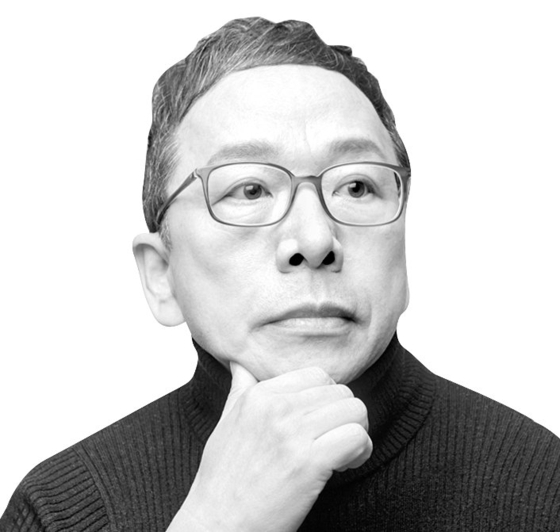 Kim Gyu-hang
The author is a writer and publisher of children journal Goreya.

As the violence of military dictatorship climaxed after the Gwangju uprising in 1980, democratization groups were in despair. It seemed there was no way to defeat the strong army and mighty agencies. Democratization seemed to be an impossible dream. But a few years later, democratization was realized without a single shot fired.

“People groaning under the military tyranny of Park Chung Hee” is a rhetoric frequently used by the liberals in Korea today. I was in elementary school at the time and grew up memorizing the “National Education Charter.” And yet, I don’t remember seeing any adults groaning under military tyranny. Instead, they were more concerned about the safety of their families rather than dictatorship or democracy. They spoke ill of the college students fighting for democracy and taunted them that their struggle was immature when the country was in confrontation with North Korea.

In most narratives about societies, the people are described as victims. They work and live honestly without any privilege or vested interests, while the unjust society of bad politicians, greedy businessmen, power-driven lawyers and corrupt media are exploiting them and making them suffer. But the narrative lacks one important question. How could an unjust society be sustained?

In 2016, an Education Ministry official cited a line from the movie “Inside Men” while drinking with reporters. “The people can be treated like dogs and pigs. All you need to do is let the dogs and pigs eat and live,” he said. He was condemned for treating the sovereign people of the state as an object of control and feeding, and in the end, he had to apologize in tears to the people whom he was so certain to be dogs and pigs.

This incident needs second thoughts. What if the education official thought the people were dogs and pigs and didn’t say it in front of the reporters? Nothing would have happened. And what if he thought the people were dogs and pigs yet stressed in front of the reporters and others that the people are the owners of the country and the officials were servants? He could have become a politician after becoming popular as a liberal bureaucrat under a conservative government. There are many such people in the Moon Jae-in administration and the ruling Democratic Party.

From the perspective of seeing the impeachment of former conservative President Park Geun-hye and the regime change as a “revolution,” the progress so far can be considered a repetition of a failed revolution. Those who support slogans like “Root out the deep-rooted evils!” and “Toward prosecution reforms!” can be compared to the very people who supported the “Korean-style democracy” or the “establishment of advanced country” so ardently championed during the Park Chung Hee era. The two groups are helping sustain today’s dictatorship of capitalism and the old dictatorship of military, respectively. Could they be better than the powers that be who caused the collapse of genuinely liberal politics in Korea and the dramatic transformation of democracy fighters into the establishment by maintaining the dictatorship and anti-dictatorship frame over the last three decades?

You can’t subcontract this (KOR)