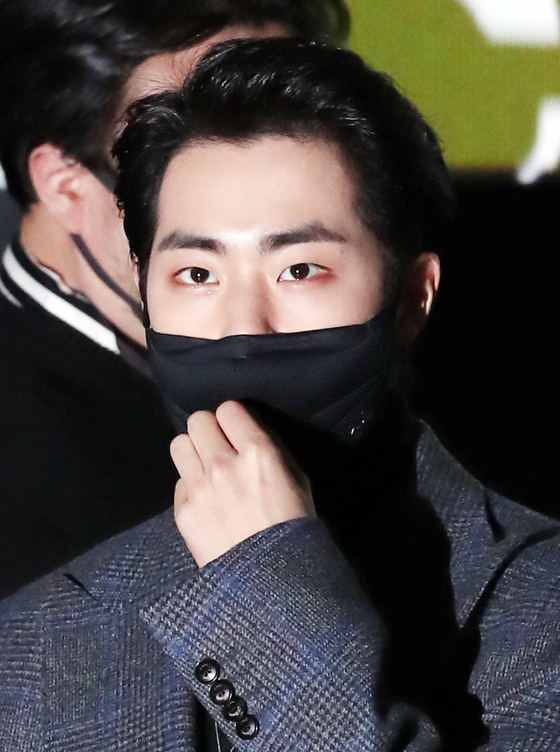 
Actor Jo Byung-gyu, who is embroiled in school bullying allegations, wrote a lengthy post on his personal social media account Wednesday, pleading his innocence and sending a “final warning” to the accuser that he’ll “take this until the end of the world” to reveal the truth.

It comes after the initial accuser, who claims that he was bullied while attending the same high school as Jo in New Zealand, uploaded another post Tuesday, insisting that he was threatened by Jo’s agency [to take down the post] or face legal action.

“Jo wasn’t intimidating on his own, but he was like a mastermind, controlling other bullies very intelligently,” the accuser wrote. “I regret not being able to stop him from the beginning.”

A series of allegations accusing Jo of physical assault, verbal abuse and taking money from schoolmates have been posted online since Feb. 16. The actor and his agency, HB Entertainment, have denied all the claims, saying that the agency will take legal action against the accusers.

“I didn’t want to respond to further malicious posts anymore but I couldn’t stand it this time,” Jo wrote. “How can I prove something that I didn’t do? How am I supposed to bring back all the memories from 11 to 16 years ago and prove my innocence? I’m not a saint who has never hurt anyone as I was growing up. I was also bullied growing up for being skinny and small. So does that make me a victim now?”

Jo continued to say how he thinks “school is a place where you learn to grow up to be a good adult, and a member of society through trials, errors and numerous conflicts,” and that he did too experience such trials, errors and conflicts during his school days “but definitely within legal, ethical, and moral boundaries.”

“I do not deny that, but I still don’t understand why I have to apologize for something that is not even true about my childhood days just because I’m an actor,” Jo added.

Jo said that his agency has never threatened the accuser and that the accuser in fact reached out to Jo’s lawyer through his acquaintance, “asking for favorable arrangements.”

“I don’t understand why you have to hide behind your acquaintance even to talk to my agency’s lawyer and changed your attitude when it looked pretty clear that there’s not going to be any ‘favorable arrangements,’” Jo wrote.

The 25-year-old actor said that there’ll be no turning back and that he will put up with this until the truth is revealed. He also requested his agency to make everything — including the conversations between the accuser and the agency’s lawyer — public.