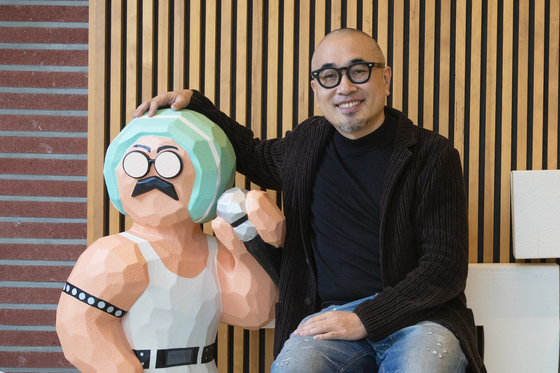 
The founder of Korea’s largest food delivery app Baedal Minjok announced a big stock grant worth around 100 billion won ($88 million) to all employees including gig workers on Thursday.

Kim Bong-jin, founder and CEO of Woowa Brothers, which operates the app, will provide the stock compensation from his own holdings in Delivery Hero, a German delivery app that acquired Kim’s company, to 2,100 workers.

The announcement comes weeks after Kim became the first Korean to sign The Giving Pledge, a campaign started in 2010 by 40 billionaires including Microsoft founder Bill Gates and investor Warren Buffett.

The large-scale compensation plan, he says, is intended to enhance the morale of workers ahead of Woowa Brothers planned expansion into Asian countries.

“I wanted to express my gratitude for the hard work [of employees] before we expand further into Asia ,” Kim said in a letter sent to employees.

Those on the gravy train include regular employees who entered the company before Feb. 28 and delivery drivers who have handled at least 20 orders per day for 200 working days while keeping a contract with Baedal Minjok for at least one year.

Employees will be entitled to an average 50 million won of restricted shares, while gig workers will be given between 2 million won and 5 million won depending on the amount they have worked.

Workers will have to wait three years for their restricted stock to vest. Employees that leave the company during that time will not lose the benefit, as Woowa Brothers chose to waive the rule requiring workers to stay with the company.


Gig workers who are not eligible to receive shares will get a 1-million-won bonus.

Coupang announced a similar stock compensation plan to cover a broader range of workers, including delivery drivers, in February, ahead of a highly-anticipated public listing in New York set for Thursday, U.S. time.

Kang Han-seung, a representative director at the company, said that all delivery workers, non-manager employees and entry-level workers will receive 2-million-won worth of stock.

The compensation will be also given in the form of restricted stock units, and will be paid after two years, only to employees that stay with the company.

Those in the start-up circle see the move as a symbolic gesture to bring the Silicon Valley culture of sharing profit with all workers to Korea.

“Uber offered stock awards to drivers before their public listing and Airbnb did the same,” said Lee Ki-dae, director at Startup Alliance.

“I was even more impressed by Kim’s decision because he used his private holding and such moves will help enhance the reputation of the company and start-ups more generally, as they try to share what they earn with all levels of employees rather than locking in the money with a handful of high-ranking employees.”

Kakao is latest IT firm to give employees stock options