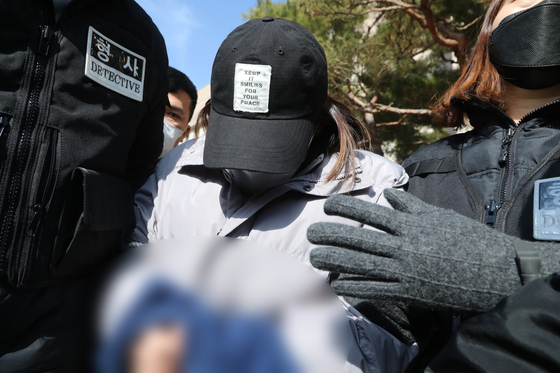 A 22-year-old woman who allegedly abandoned a 3-year-old last August turned out to be the child's sister, according to police on Thursday. This photo shows the 22-year-old exiting a court in Daegu on Feb. 12 after she was placed under arrest. [NEWS1]

DNA results showed that the dead child’s real mother was the grandmother who lived in the same house, although on a lower floor.

The 22-year old woman may not have known because she gave birth to a baby girl around the same time as her mother, police say, and the two babies were apparently switched.


The whereabouts of the 22-year-old's real daughter are not known.

According to multiple media reports, the 22-year-old has claimed she was unaware of the facts until the DNA results were shared with her.


But these twists shed little light on why the three-year-old was left to die. 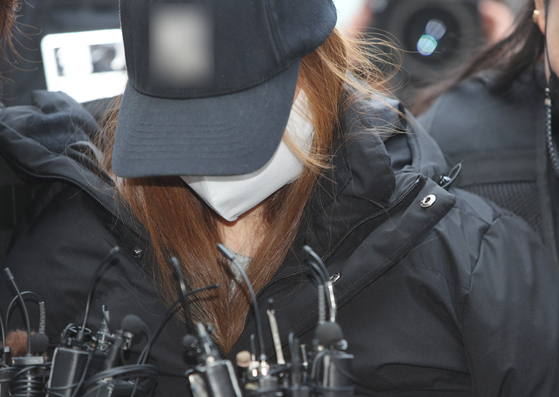 The 3-year-old girl's biological mother, a woman in her 40s, entering a court in Daegu on Thursday for the hearing on her arrest warrant. [YONHAP]

The case hit the headlines last month, when police disclosed that they found the remains of a 3-year-old girl on the third floor of a multi-unit house in Gumi on Feb. 10.


According to police, the child lived there with the 22-year-old, apparently as mother and child, until last August, when the 22-year-old moved to another residence nearby, leaving the 3-year-old behind. Even then, she continued receiving 200,000 won (around $180) in child welfare payments from the local government and pretended that she was still living with the child. The woman has re-married and has a child with another man.

When the police found the child's corpse, it was in an advanced state of decay. Autopsy results yielded no broken bones. Police said because the body had decayed for some six months, it was hard to determine the exact cause of death.

The woman pretending to be the grandmother reportedly lived on the second floor, just one floor beneath where the child was allegedly left to die, with her husband.


The police have asked for an arrest warrant for the biological mother of the 3-year-old.

The 22-year old has been under arrest since Feb. 12. Police handed over the case to the prosecution in late February, but she has yet to be charged.