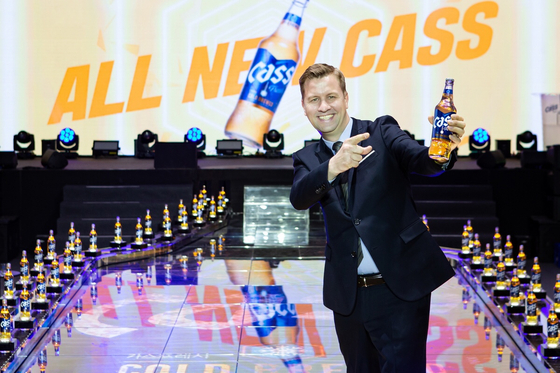 Oriental Brewery CEO Ben Verhaert at a press event held in Gangnam, southern Seoul, on Friday to announce the release of All New Cass. [OB]


Oriental Brewery (OB) is releasing an updated beer made with a new aging process.

OB on Friday revealed All New Cass, which has new packaging and new ingredients and is aged for 72 hours at 0 degrees Celsius.

“We’ve made a change in not just the design but also tried to adopt and innovate change through the raw materials for beer and its method of making,” said a spokesperson for OB, describing the beer to have “a fresh taste.”

"All New Cass demonstrates our confidence and commitment to innovation,” said company CEO Ben Verhaert at a press event held in Gangnam, southern Seoul, on Friday. “Although we are all in the situation where it’s difficult to meet together like before, I hope Cass will help people feel connected with each other again by adding energy to their social occasions.”

All New Cass will hit the market in metropolitan areas, including Seoul, starting in late March. It will be sold nationwide starting in April.