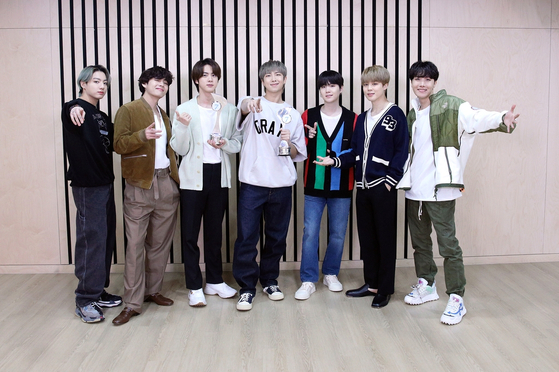 
BTS’s fourth studio album “Map of the Soul: 7” was the No. 1 selling album in the world in 2020, according to the International Federation of the Phonographic Industry (IFPI) on Friday.

Blackpink’s first studio album “The Album” was at No. 5 in the chart.

Other albums to sit in the top 10 include Taylor Swift’s “Folklore,” AC/DC’s “Power Up” and Justin Bieber’s “Changes.”

The Global Album Sales Chart ranking is based on physical and digital album sales.

The band’s “Map of the Soul: 7” and “BE” also landed at No. 1 and 4 respectively on the 2020 Global All Format Chart, which also counts the number of times the album was streamed.

As of Friday, the band has topped three separate IFPI charts.

“BTS’ success across IFPI’s global charts — including the top two positions on this chart — is unprecedented and demonstrates the amazing global appeal of their music,” Frances Moore, chief executive of IFPI, said. “We would like to congratulate the band once again on such a successful year.”