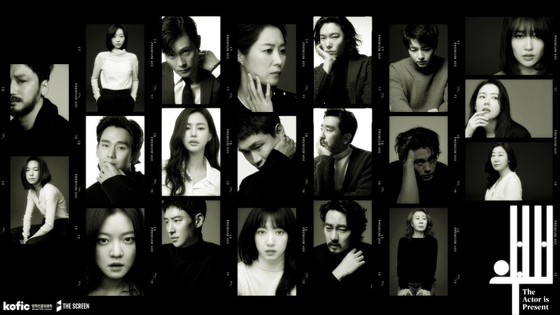 Photos of 20 actors released through the special website for ″Korean Actors 200″ by the Korean Film Council. The council will release information of 20 actors every Monday from this week to better introduce prominent Korean actors at home and abroad. [KOREAN FILM COUNCIL]


The Korean Film Council unveiled a special website to introduce 200 actors that represent the present and future of Korea’s movie scene on Monday. The move is aimed at better introducing prominent Korean actors to movie fans both at home and abroad.

The council will release 20 people per week from this week, every Monday.

Youn Yuh-jung from currently trending “Minari” is one of the first actors to be introduced, as well as Han Ye-ri from the same movie. Actor Song Joong-ki of “Space Sweepers,” Lee Ha-nui of “Extreme Job,” and Byun Yo-han of “The Book of Fish,” which will hit local theaters later this month, are all included in the first batch of names released by the council.

Detailed information about the actors as well as some photos and videos of them will be made available on the website. The photos will be put together in a book titled “The Actor Is Present” in April and will be distributed to film experts across the world.

Go to theactorispresent.kr, to get to know more about 200 Korean actors.