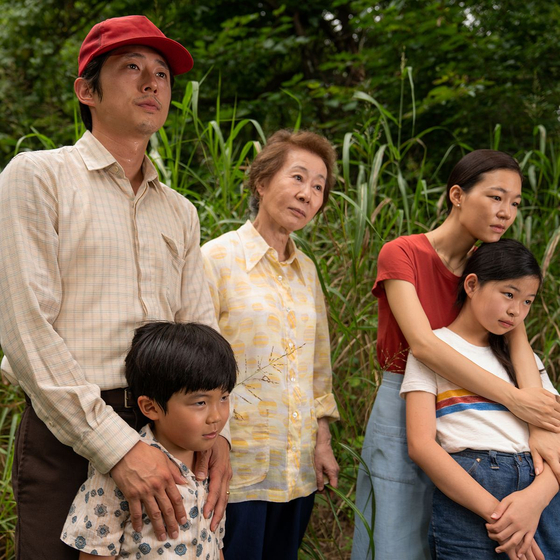 
Director Lee Isaac Chung’s “Minari,” which is based on his own childhood as a Korean immigrant in 1980s America, has been nominated for six Oscars in the categories of best supporting actress for Youn Yuh-jung, best original score, best original screenplay, best actor for Steven Yeun, best directing and best picture, the Academy of Motion Picture Arts and Sciences announced on Monday evening.

The film has already garnered the prize for best foreign language film at the Golden Globes and six nominations at the upcoming British Academy of Film and Television Arts (Baftas) including best director, best film not in the English language, best casting, best supporting actor, best supporting actress and best original score.

Out of 90 accolades that 'Minari' has taken home from various film associations and festivals, prizes for Youn in the role of Soon-ja, the grandmother of the family, take up more than one-third of the total.

Although Bong Joon-ho’s “Parasite” made history last year, becoming the first Korean film to take home best picture as well as best director, original screenplay and best international feature film — none of the cast were nominated for their performances. If Youn takes the award, she will be the second Asian actor to be recognized in Oscars history after Japanese-American actor Miyoshi Umeki from “Sayonara” (1957), and the first Korean actor.

“I guess that she’s a different kind of grandmother than what the foreign audience imagine of an old lady who comes from a developing country in Asia,” commented Shim Hye-kyong, an associate professor of the Hanshin University. “[The film] doesn’t show the struggle she goes through adjusting to a new life in America, it just shows her living through it. Soon-ja doesn’t take on a strong maternal role either — she just seeps into the Yi's family life, and almost becomes friends with her grandson David. It may be a little bland but it’s well-balanced, which could be a peculiarity for the American audience when they usually picture an immigrant old Asian lady.”

The final voting for the awards begins on April 15 and ends on 20.

The 93rd Academy Awards will be held at Union Station and the Dolby Theatre in Los Angles on April 25.