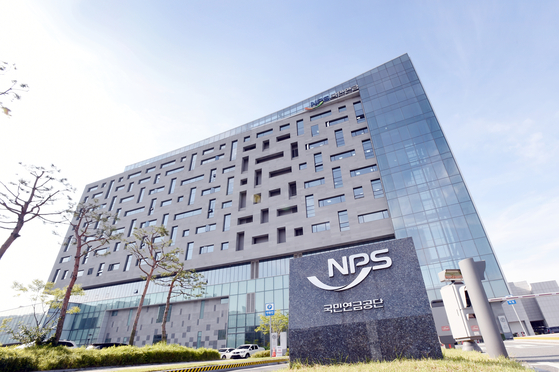 
The great pension fund stock-selling spree, which went on for more than 50 days, has finally ceased, but it is likely that these institutions will soon return to unloading shares again.

Pension funds, including the National Pension Service (NPS), on Monday stopped being net sellers of Kospi stocks after 51 days straight. They continued the net purchase of domestic stocks on Tuesday, buying more than 80 billion won ($71.43 million) worth.

During the long selloff period, pension funds mostly ditched large-caps, like Samsung Electronics and Hyundai Motor, and invested in oil refining and entertainment companies, like S-Oil and Big Hit Entertainment.

Retail investors who jumped into the stock market to ride the strong market have been demonstrating against the major selloff by pensions, saying they are dragging down the index. More than a thousand of them took the issue to the Blue House with a petition.

Pension funds net sold a total of 14.5-trillion-won worth of Kospi stocks for 51 days from Dec. 24 through March 11.

On Tuesday, pension funds net purchased around 85-billion-won worth of stocks, led by Samsung Electronics and SK Hynix. It was more than 110.5 billion won it net purchased the previous day.

This week’s net purchase by pension funds is just temporary, according to Prof. Lee Jeong-hwan, who teaches at the division of economics and finance at Hanyang University.

“Net purchase by pension funds can’t continue because they need to sell domestic stocks if they rise to adjust portfolios based on the strategies they have established in advance,” said Lee. “Last year, the Kospi rose rapidly, so the proportion of Korean stocks held by pension funds are likely overweight.”

“The National Pension Service (NPS), a key pension institution, announced it will lower the proportion of domestic stocks in the mid to long term,” Lee added.

The NPS reduced the proportion of Korean stocks in its portfolio from 20 percent in late 2016 to 17.3 percent last year, while raising the ratio in foreign stocks from 13.1 percent in 2016 to 25.1 percent this year.

“As the pension funds sold more than 10-trillion-won worth of stocks in January and February, the net selloff spree will slow down, but the sentiment will likely continue throughout May and June,” Ha In-hwan, a researcher at KB Securities, told JoongAng Ilbo.

The NPS plans to readjust its portfolio this year to hold 16.8 percent in domestic stocks.

Kospi the world's most volatile market in 2020, FKI says